The Mandalorian Season 2 Coming In Fall 2020!

Jon Favreau tweeted the following a few hours ago, the Mandalorian will return Fall 2020! And then he goes on and teases the return of yet another classic Star Wars alien. 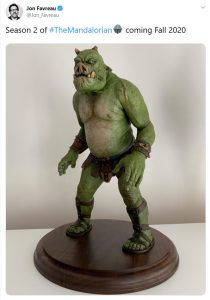 END_OF_DOCUMENT_TOKEN_TO_BE_REPLACED

The Mandalorian Show Will Explore The First Order Origins!

Entertainment Weekly has an exclusive story on their website with one all new detail about the upcoming Mandalorian show on Disney+.

The show will explore the origins of the First Order! Now if that is just a side plot or a major plot element is unknown. What we do know is that remnants of Imperial forces are still around. Perhaps we will see how these remnants reform to become the First Order. Not all of the former Stormtroopers, Moffs and Governors became good citizens of the New Republic. So it seems The Mandalorian might bridge the original and the sequel trilogy and provide some much needed background and add some worldbuilding to the sequels.

Check out the EW website for their exclusive story and some quotes by Dave Filoni and Jon Favrau, which add some perspective to the First Order angle!

END_OF_DOCUMENT_TOKEN_TO_BE_REPLACED

R5-D4 Is In The Mandalorian?

Jon Favreau loves to tease… and this time he posted a photo of an R5 unit from The Mandalorian on his Instagram!
I wonder if this could be R5-D4? Only with a functioning motivator this time? I compared the photo with my Bandai model kit of R5 and even with how R5 appeared in the movie and the color scheme seems to be identical, however this R5 unit appears to show some more wear and tear than the R5 we meet in A New Hope. But it’s many years later, so who knows what he went through. Maybe some droid experts out there can shed some more light on it. Anyway, it’s photos like these that build up anticipation for the show! 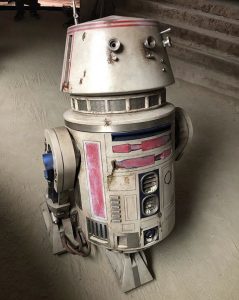 … and Jon Favreau even has a small present for you! 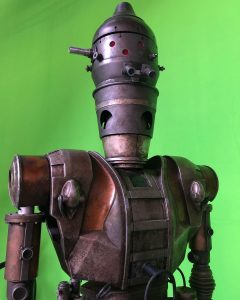 He posted this photo on his Instagram earlier today, wishing everyone a merry Christmas! Thanks, Jon!

Oh, and in other news, it was rumored before, but now it seems to be all but confirmed that The Mandalorian will feature some very well known bounty hunters! Thanks to JTA regular Darth Rizzen for the alert!

I Have A Good Feeling About This

Jon Favreau updated his Instagram account with some new photos a few hours ago and  look who came to visit for his birthday! It’s good to see that George is still around, at least visiting. Who knows, maybe he even gave Jon the one or the other piece of advice about Star Wars. No matter what he did, it’s nice to see the two of them together. Another photo shows the two with Dave Filoni who will, as you all know, direct the first episode of The Mandalorian. The show can’t come soon enough! 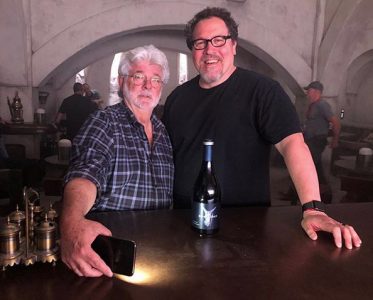 George Lucas and Jon Favreau smiling just for you

Check Out The Mandalorian's Rifle!

Over the weekend Jon Favreau posted a picture of the rifle the Mandalorian will use in the show on Instagram. And it seems it’s a clear reference to the rifle Boba Fett used in The Holiday Special cartoon segment. And who knows, maybe it even is Boba Fett’s rifle, unless this design is more generic. The action figure that comes with that gun can’t be revealed soon enough! 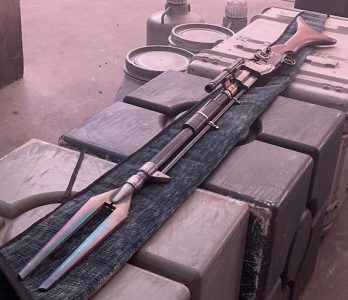 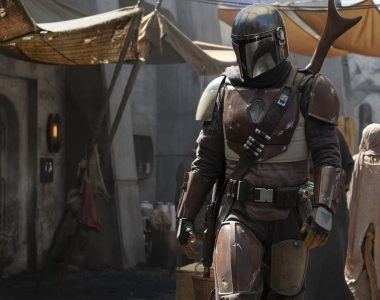 We finally have some information on the upcoming Jon Favreau live-action Star Wars series: The Mandalorian. The director revealed the synopsis via his Instagram account: 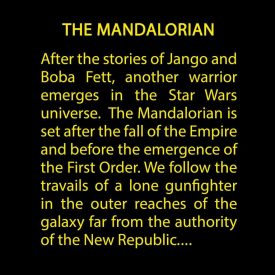 Not much is known about Jon Favreau’s recently revealed live-action Star Wars TV series, but Favreau revealed a few key details to Nerdist. The series will be set between Return of the Jedi and The Force Awakens, and more specifically seven years after the Battle of Endor.  Favreau also revealed that series will focus on new characters and will employ cutting edge technology that is similar to the technology he used to bring characters to life in his 2016 The Jungle Book remake and upcoming Lion King film. Click through to read the report from Nerdist!

UPDATE: In the full interview by Nerdist, Favreau actually says that the show will take place 7 years after the Battle of Yavin, putting it 3 years after Return of the Jedi.

END_OF_DOCUMENT_TOKEN_TO_BE_REPLACED

Big announcement! Jon Favreau has been selected to write and produce a Star Wars live-action series! StarWars.com has the full story!