Today we revisit Bib Fortuna. For the Trilogo card art, not many changes exist from the Kenner release other than a different wash. See the full card art and additional notes by revisiting 1983’s RETURN OF THE JEDI Bib Fortuna figure HERE. 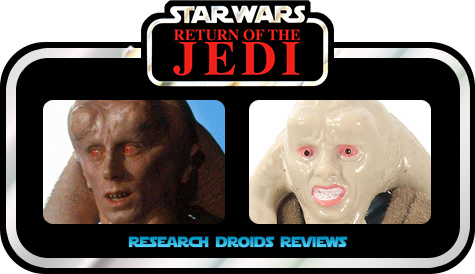