It’s time to start stalking The Vintage Collection Imperial TIE Fighter Walmart exclusive vehicle. It’s beginning to get marked down at brick and mortar, and Brickseek is showing lower prices too. Special thanks to JTA reader and friend Mark for the alert! 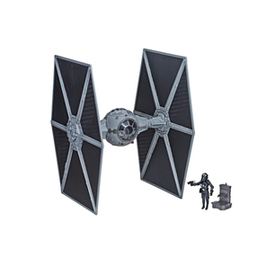 TVC Imperial TIE Fighter Makes Its Way Across The USA

We are getting quite a few store reports of The Vintage Collection Imperial TIE Fighter showing up at Walmart. From NJ to CT, Tx to NC, this popular vehicle is making its way around the USA. Special thanks to JTA reader Travis L. for this photo. 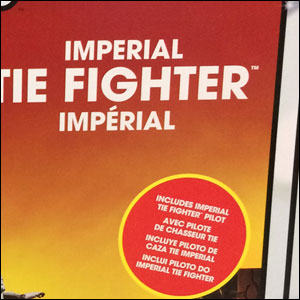 It’s time for another The Vintage Collection Visual Guide update. We’re adding the latest release of the Imperial TIE Fighter to our guides. Click below for the full guide page. You can also check out our full review of this vehicle right here. 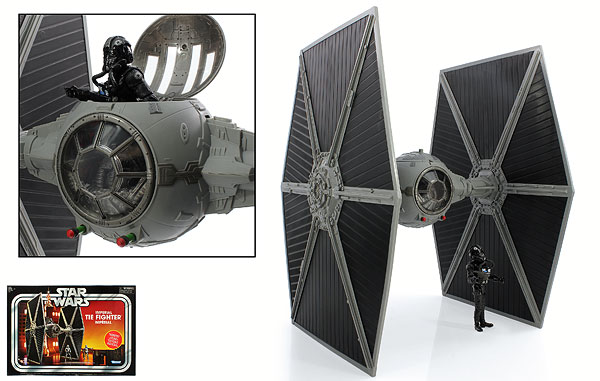 It’s time to check out the Imperial TIE Fighter [Star Wars] Walmart exclusive vehicle in our Research Droids Reviews today! The full analysis is ready! Be sure to leave your thoughts in our comments section, vote in the poll or even comment about it on our Facebook page. Click the banner below for the direct link to the review! As always, you can also send your review requests via email if you’d like to see something that we didn’t cover yet.

We have a first look sneak peek for you of the exclusive The Vintage Collection Imperial TIE Fighter (with included Imperial TIE Fighter Pilot pack-in figure). I am not impressed, folks. There are a couple of issues here, but I am not even impressed with the packaging. It looks like a forced attempt to squeeze it into The Vintage Collection, instead of feeling like a natural addition that mimics the original release. The vehicle itself is quality, but the packaging has slightly warped the wings which is unacceptable at this stage of the game. It’s a significant repaint of the 2009 Legacy Collection Imperial TIE Fighter TARGET exclusive vehicle. Same features. Same scale. Same everything pretty much. The Imperial TIE Fighter Pilot is interesting. Firstly, it comes in a “Kenner baggie.” When was the last time we received a figure in a baggie from Hasbro? It’s a retool and repaint of the Lt. Oxixio (TIE Fighter Pilot) figure from the Toys R Us exclusive Battle Above Endor (1 of 2) set. (Remember those awesome multipacks?) This time, however, Hasbro has glued the head to the helmet. We no longer have a removable helmet option, and the clone portrait can no longer be seen. It’s also painted all black. This was the most opportune time to revisit this character with a better sculpt (I loathe this figure’s spindly legs without ankle articulation), and the big helmet and upper body make it obsolete at this point. Anyway, the full review is coming soon, but you can check out the whole photo gallery now.

New loose images of The Vintage Collection Imperial TIE Fighter have surfaced on social media and we’re disappointed to report that the Imperial TIE Fighter Pilot is the same old 2008 The Legacy Collection Evolutions sculpt. Specifically, it looks like the Lieutenant Oxixio figure from 2011’s SW [SOTDS] Battle Over Endor (1 of 2) set. Check out the gallery of new images on our Facebook page! Special thanks to JTA reader Matthew C. for the news! 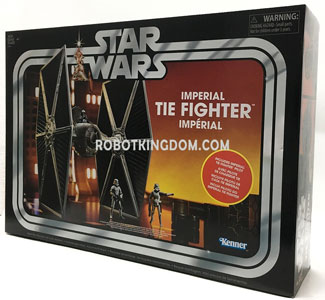