END_OF_DOCUMENT_TOKEN_TO_BE_REPLACED

Pre-order the Imperial Tank Driver at Amazon for $12.97! 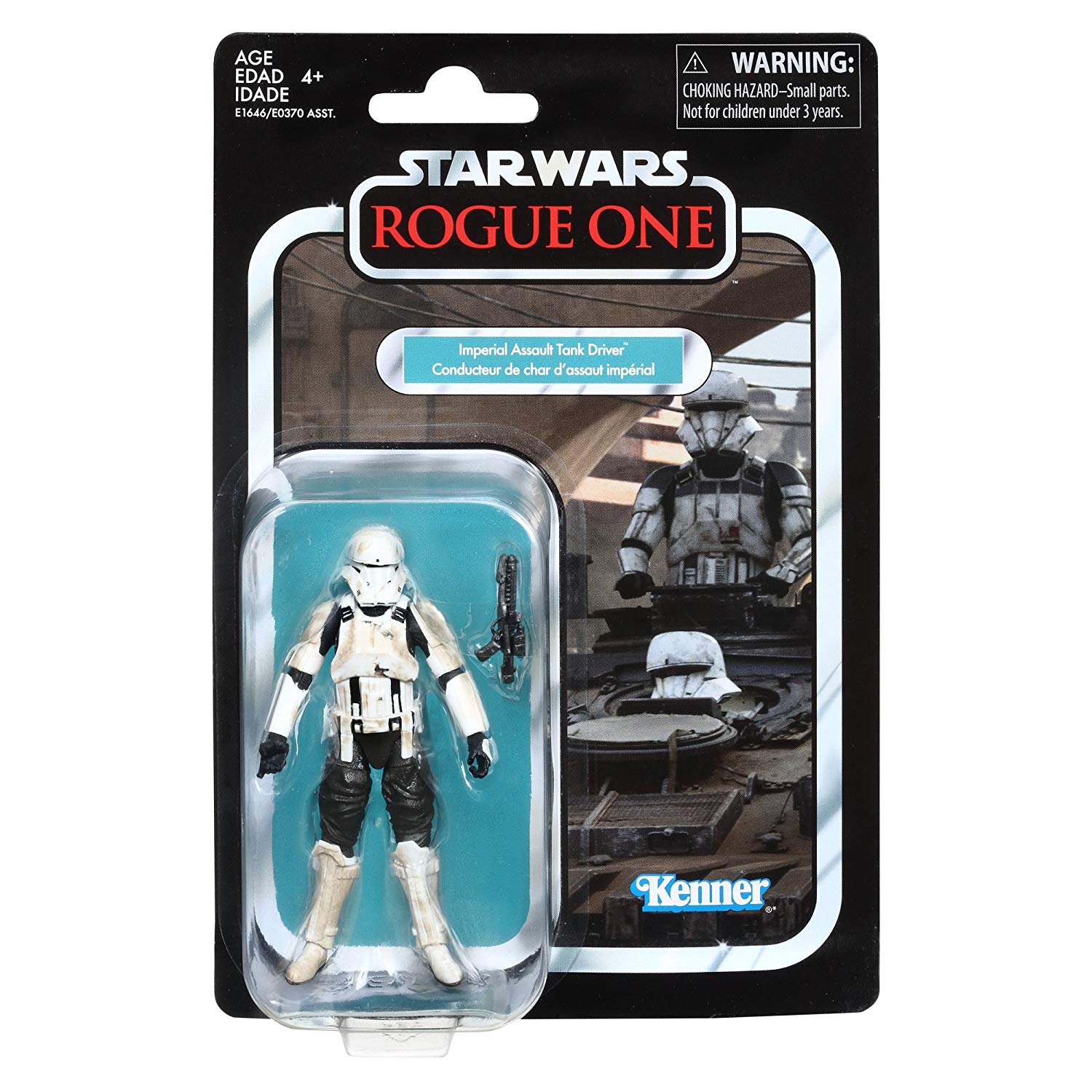 As you know, we’re taking an intense look at The Vintage Collection wave 18. Through comments and emails, readers are asking me if the four carry-forward figures in this wave have taped bubbles (because the new figures do not). I thought I would answer that in the form of this post. No, the old carry-forward figures like Rey (Jakku) and Supreme Leader Snoke (and the others) DO NOT come with taped bubbles. It almost makes it worth buying these figures again, doesn’t it? I will try to add photographic evidence to this post later today for those that need visual proof.

They may have just gone up for pre-order a couple of days ago, but thanks to our fantastic suppliers, Jedi Temple Archives has an exclusive sneak peek of wave 18 of The Vintage Collection for you. Check out the all-new sculpts of Enfys Nest, Imperial Assault Tank Driver and Han Solo (from Solo: A Star Wars Story). Enfys Nest turned out beautifully. Hasbro succeeded in mixing soft-goods with molded details, creating an action figure that is seamless as it is gorgeous. She comes with interchangeable gauntlets (both opened and closed) and her signature battle staff. Imperial Assault Tank Driver is incredible. It’s painful to think it has taken almost two full years to get a 3.75″ super-articulated version of this character after 6″ versions and 5POA versions, but it is finally here. He fits inside of the Imperial Combat Assault Tank wonderfully. Han Solo is the bummer of the wave. He visually looks no better than the Force Link 2.0 pack-in figure. Of course, the figure has a ton of articulation, but it doesn’t alleviate how terrible his facial paint operations are. Thank the Maker that “photorealistic” technology is on the way to save The Vintage Collection. At least we hope it will save the day. Anyway, click through to check out this great wave of figures. The case assortment is riddled with repacks, but we have to remember that this is a Hasbro Star Wars grouping of figures. Why wouldn’t they overload us with repetitive figures we don’t want or need? Of particular interest, Hasbro eliminated the tape, and the bubble’s heat seal looks like it’s on the card for good this time. Time will tell. (P.S. Imperial Death Trooper is forthcoming.)