Welcome back, Toy Runners! I’ve been seeing reports of some great finds at Target and mail deliveries of Hascon exclusives lately. I hope we’ll see what you got this last week in the comments. I got a lot of toys this last week… I mean a lot. I didn’t get a chance to take a big group shot, so there will be lots to look at in this article! Click here to check it out!

END_OF_DOCUMENT_TOKEN_TO_BE_REPLACED

The Hascon exclusives went live a few minutes ago for premium members. I was able to secure the Vintage Collection ARC Trooper 3-pack. How did you fare? They were still available as of writing this post.  Did you like how the process worked this time with the captcha? Let us know if you got what you wanted or if you came up a little short! 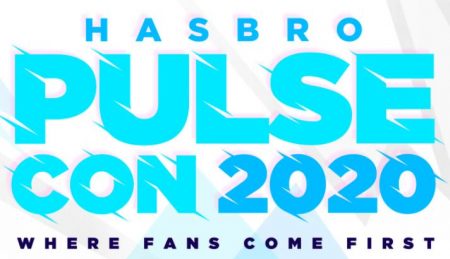 Wow. Here’s a shocker. 2019’s HASCON has been postponed. Special thanks to our friends at Bantha Skull for the alert to this surprising news! 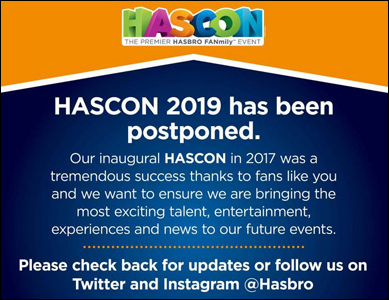 The HASCON exclusive Clone Captain Rex is on Amazon for $49.99 if you’re interested. Special thanks to JTA reader Mark for the alert! 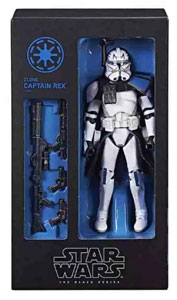 It’s confirmed. HASCON 2019 is coming on September 6-8th in Providence RI! Chris, clear your calendar and make room in the guest room! Hasbro breaks the news on Twitter today!

END_OF_DOCUMENT_TOKEN_TO_BE_REPLACED

It’s been over a month since HASCON Captain Rex made his live appearance at HasbroToyShop.com, and he has made a few scattered appearances since then. However, the past few nights, at 4:25 am EST EXACTLY, he has come in stock.  It’s real, it’s not fake. He has been ordered and has been shipped. Where is this stock coming from? I don’t know, but it seems a little late for returns and cancellations. It’s just sold out again now, but I wanted to make those aware that it could very well come in stock again tomorrow morning. Good luck to those still searching! 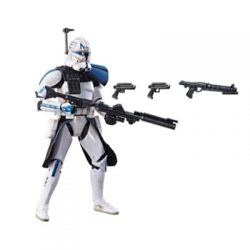 It's Taken Quite A Dive!

Haha! Look what the HASCON exclusive Clone Captain Rex is going for on eBay now! 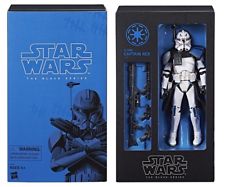 They Know If You've Been Bad Or Good, So Be Good For Goodness Sake

They know what you did last week. And apparently they know a whole lot more. JTA reader “Sneaky Snake” tried to circumvent the system and order FOUR (4) Clone Captain Rex figures and Hasbro Toy Shop did their order analysis and thwarted his efforts. Click through for the exchange.

END_OF_DOCUMENT_TOKEN_TO_BE_REPLACED 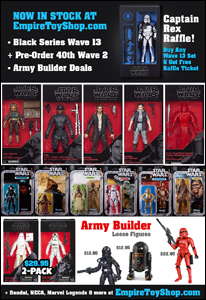 At first I thought my bizarrely packaged Clone Captain Rex was just a victim of getting crop-dusted by my good friend Chris Swanski of BanthaSkull.com fame during HASCON, but I am now seeing more occurrences of this strange phenomenon and I don’t think Chris has that much far reaching power. Have any of our readers experienced this strange, strange thing with their Clone Captain Rex figures from HASCON? It looks like we have “Meltgate” now folk if this is a common occurence! 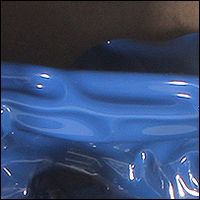 Clone Captain Rex is SHIPPING! You should probably check your inbox for tracking information as Hasbro Toy Shop has begun shipping out the HASCON exclusive Clone Captain Rex figure! Special thanks to all who wrote in to let us know!

What Will Become Of The HASCON Clone Captain Rex On eBay After HTS?

It’s hard to believe, but the HASCON exclusive Clone Captain Rex hasn’t budged that much on eBay as far as what it is commanding, despite being available for nearly 45 minutes on Hasbro Toy Shop today. The question is how low will he go?

Are You Ready To Get Your Game On For Clone Captain Rex?

Are you ready for the madness today? Jedi Temple Archives along with your other favorite Star Wars fan sites will be posting up-to-the-minute live links for this highly coveted Clone Captain Rex HASCON exclusive figure. Remember that this HASCON exclusive is exempt from any PROMO codes or offers and you should probably make sure you can get into your HasbroToyShop.com account right now, 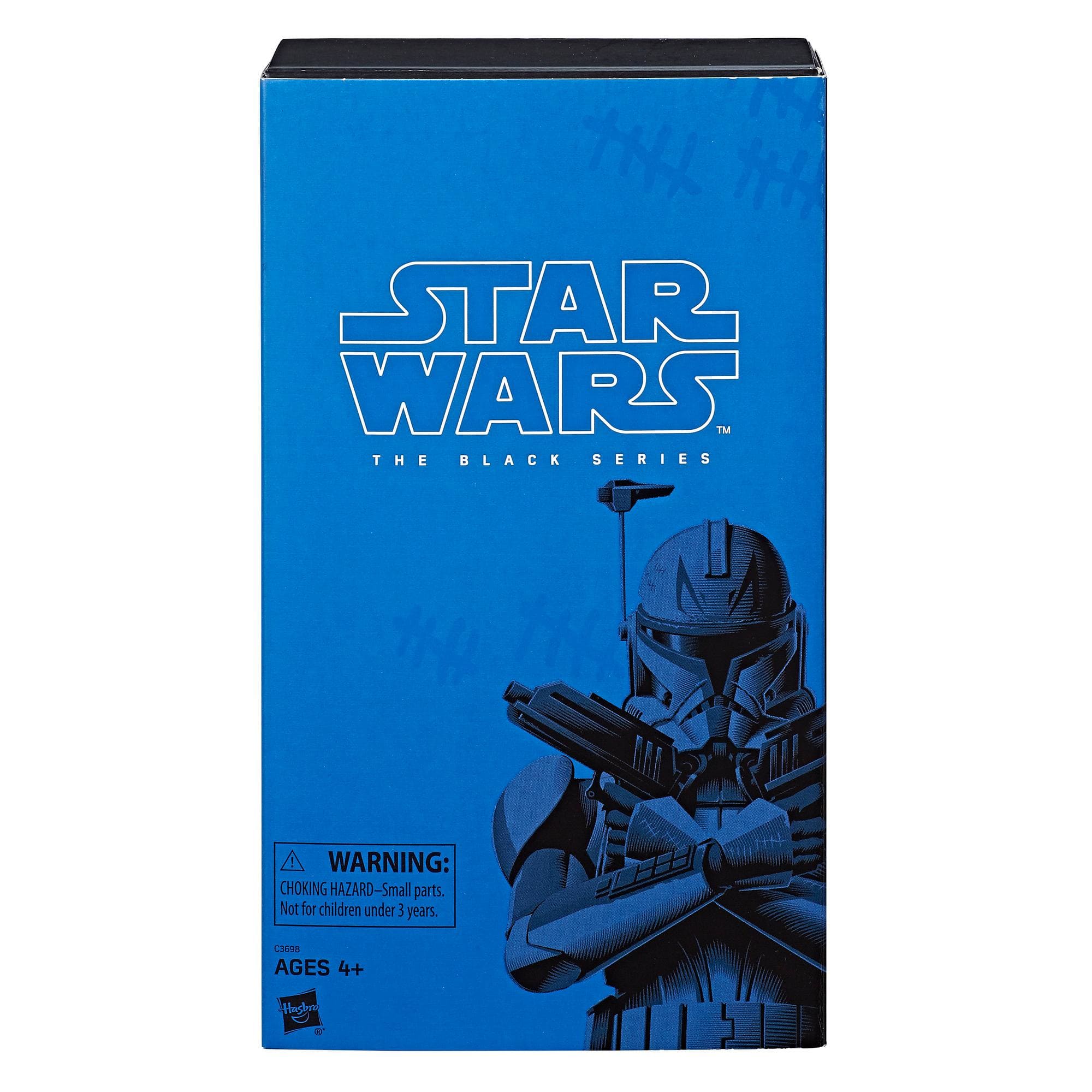 Let’s take a look at the The Black Series [Phase III] HASCON exclusive Clone Captain Rex 6 inch figure, today’s Visual Guide update. Click below for a full look at our guide page, and read our full review of this figure right here. Special thanks to Bret from Banthaskull.com for helping me out with the accessory images for this guide. 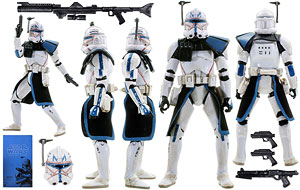 If Bantha Skull is done with their “n-1” attack tactics, we’d like to present our readers with a thorough look at the HASCON exclusive The Black Series [Phase III] Clone Captain Rex figure in our Research Droids Reviews today! Be sure to leave your own thoughts in our comments section, vote in the poll or even leave comments about it on our Facebook page. Click the banner below for the direct link to the review! As always, you can also send your own personal review requests via email if you’d like to see something that we didn’t cover yet.

We have just been sent all of the official assets from Litzky PR for the HASCON event. All images have been posted on our Facebook page.

Our friends at Star Wars Action News have also hosted a Hasbro Q&A session at HASCON. Check it out by clicking through.

END_OF_DOCUMENT_TOKEN_TO_BE_REPLACED

I just wanted to take a few moments to offer my thanks and gratitude to the people involved for the incredible experience and enjoyment received from Hasbro’s first HASCON event in Providence Rhode Island. In it I also share a couple of interesting tidbits. So click through if you’re interested.

END_OF_DOCUMENT_TOKEN_TO_BE_REPLACED

Be sure to check out the transcribed (because they love their readers more than we do) Hasbro Q&A conducted by our friends at BanthaSkull.com. It has a wealth of information for you to ponder.

We just got back from New England so of course the first thing we do is generate a sneak peek gallery of the HASCON exclusive Clone Captain Rex The Black Series [Phase III] 6″ figure. Simply stated, it’s a great release. Hasbro did a fine job on replicating this character in realistic style and including functional parts while providing collectors with a fantastic likeness. Older parts have been reused for Clone Captain Rex, but he has also been given plenty of new parts too. The paint job is fantastic and the deco is evenly placed and nicely applied. The accessories are generous and sized appropriately. The review is coming soon, but you can check out our 40-image gallery and basic Collector Notes now. Enjoy!

Hasbro and Litzky PR have sent along their official press images from the HASCON event. Click through to have an overall look at Hasbro’s first convention.

According to a Hasbro.com product page, the HASCON exclusive Clone Captain Rex will go up for sale on September 20, 2017. Special thanks to friend Steve U. for the alert! 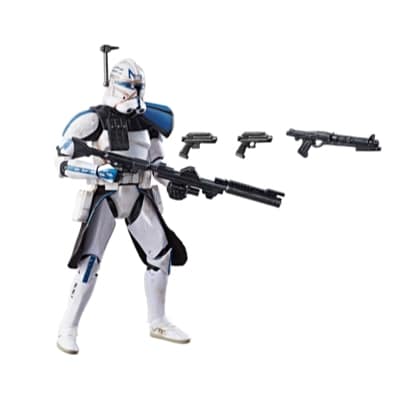 UPDATE: HasbroToyShop.com also have a product page with the same information.

It’s the last day of HASCON. Click here for another look at Hasbro’s Star Wars display, now with a new Luke (5POA) and Forces of Destiny figures added.

Jedi Temple Archives and our friends at Bantha Skull have been side by side throughout the entire HASCON event thus far. In fact, our Q&A sessions with Hasbro were back to back. Our Q&A with Hasbro is ready, so click through to listen to the audio. And be sure to keep checking back at BanthaSkull.com for their Q&A session in the very near future too! We sincerely thank Steve Evans and Joe Ninivaggi for taking time out of their schedule to talk to us (it was great seeing you guys) and Alyssa Hackman from Litzky PR for setting up the interview.  We have also made Hasbro aware of all the questions you asked that we couldn’t add into our session, so rest assured they’re reading what you have to say. P.S. If anyone wants to transcribe this we will feature it in our comments. Thanks! 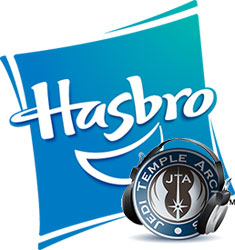 END_OF_DOCUMENT_TOKEN_TO_BE_REPLACED

Well this was expected. Look at what the HASCON exclusive Clone Captain Rex is going for on eBay. If you were fortunate and first in line you could grab four per badge. Then after 15 minutes they reduced it to two per event. All badges were marked to prevent a double dipping. It is expected that there will be a limited supply of remaining figures available at Hasbro Toy Shop for non-attendees.