Hasbro suckered us into pay almost $17 each for the same figure three times with the 501st Legion ARC Troopers Special Action Figure Set. But do you care? It’s rare when we get new characters from The Clone Wars, so we should gratefully accept he overcharge, right? (more….) 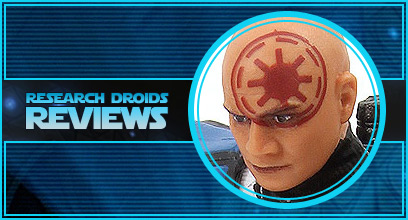 Is Hasbro simply denying that Fives is getting repacked in the mainline? Their “ultimate checklist” is not as ultimate as they think. It lists the other figures from the wave (Hondo, Chirrut, Jedi Luke), but Fives is still conspicuously missing! We just reviewed this figure, and it’s one of Hasbro’s best. I have 4 of them in hand from Amazon, and another arriving today! Hasbro, where’s Fives?!