Hey, check it out! I guess the First Edition figures didn’t make it out to stores as expected. I know I barely found them. Entertainment Earth is taking pre-orders for the “white boxes” of the first Triple Force Friday wave of The Black Series [Phase III] 6″ figures. Pre-order them while you can! 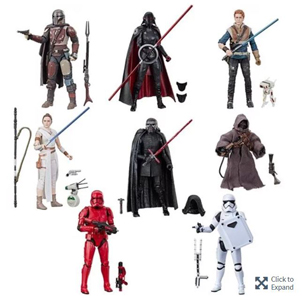 On The 18th Day Of Triple Force Friday, Retail Gave To Me....

On the 18th day of Triple Force Friday, retail gave to me, SIX First Edition six-inch, FIVE TVCs! FOUR store exclusives, THREE Galaxy Of Adventures, TWO Funko Pops! And a new hater throwing unpublishable slurs and insults at me! Better get out there, folks! Newly arriving stock of stuff that should have been available on October 4th is entering retail as we speak! 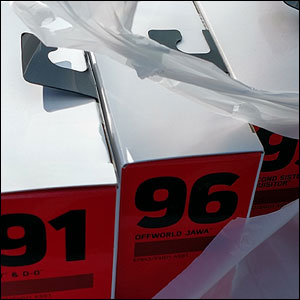 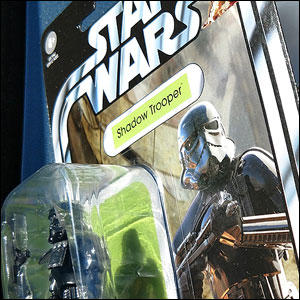 While browsing my local German Amazon shop today I stumbled upon a yet unannounced variant of the Sith Trooper figure: a so-called “First Edition” Sith Trooper that comes in an all white box and red background! I immediately tried to find the figure on Amazon US, but had no luck, so it seems that maybe Amazon Germany revealed something that they were not supposed to reveal yet.
But what is this? You can already pre-order the figure on Amazon.de, however availability is October 4th, which is Triple Force Friday! Is it possible that there will be more “First Editions” of other Triple Force Friday figures? Will Hasbro make box variants now? Are box variants or “First Editions” anything that interest you? As usual, we know nothing specific, I suppose Hasbro will eventually announce something. Until then we can speculate that the Black Series will see “Special Editions” or “First Editions” box variants. Actually, this “First Edition” box design with the circular callout was also something we saw in the leaked box photos of the Second Sister, which said “graphite”. Is it possible that “graphite” refers to the box here and is a special edition of sorts? Will you chase these box variants? 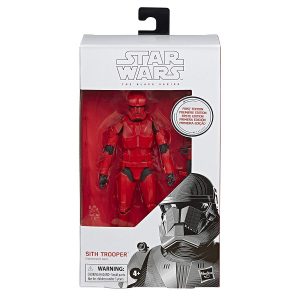