Toy Run Tuesday #36 - The Armorer in TVC and Hyperdrive Repairs

Hello again, fellow toy runners! This week was an excellent week for Star Wars collecting. I got the most expensive piece in my collection this week, and completed multiple custom figures. I’m very excited to share them with you so please click on through!

END_OF_DOCUMENT_TOKEN_TO_BE_REPLACED

The Mandalorian Show Will Explore The First Order Origins!

Entertainment Weekly has an exclusive story on their website with one all new detail about the upcoming Mandalorian show on Disney+.

The show will explore the origins of the First Order! Now if that is just a side plot or a major plot element is unknown. What we do know is that remnants of Imperial forces are still around. Perhaps we will see how these remnants reform to become the First Order. Not all of the former Stormtroopers, Moffs and Governors became good citizens of the New Republic. So it seems The Mandalorian might bridge the original and the sequel trilogy and provide some much needed background and add some worldbuilding to the sequels.

Check out the EW website for their exclusive story and some quotes by Dave Filoni and Jon Favrau, which add some perspective to the First Order angle!

END_OF_DOCUMENT_TOKEN_TO_BE_REPLACED

The new animated Star Wars series by Dave Filoni has just been announced. The show will be titled “Star Wars: Resistance”. Click through for more details! 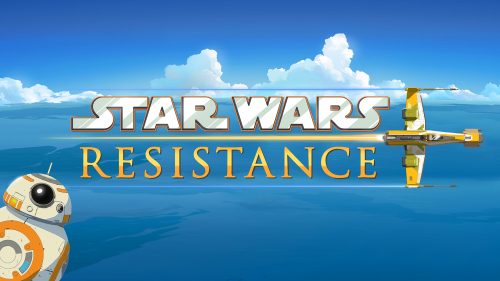 END_OF_DOCUMENT_TOKEN_TO_BE_REPLACED

Star Wars Rebels aired it’s last episode tonight, which means that we saw the final episode of Rebels Recon as well. Rebels Recon has been a wonderful companion series and this last episode is absolutely worth your time. During an interview for Rebels Recon, Filoni clarified the fate of two major characters. SPOILER WARNING. Click through to watch the full video!

END_OF_DOCUMENT_TOKEN_TO_BE_REPLACED

Kristian Harloff of Collider interviewed David Filoni ahead of tonight’s Star Wars Rebels series finale.
While they do talk at length about Rebels and some of the creative processes Harloff also very openly asks about whether or not Filoni would be interested in doing live action. Filoni gives a somewhat non-committal reply but states his interest.
And then Harloff asks the big question: could David Filoni see himself getting more involved with the creative decisions at Lucasfilm, not just animation but on a much more general level. And yes, David Filoni says he’d be up for it.

Star Wars Rebels Gets A Live Orchestra For The Finale

After four seasons, Star Wars Rebels is coming to an end. We’re halfway through the final season, and it appears Dave Filoni and company are pulling out all of the stops for the show’s conclusion. Kevin Kiner has finished the final score for Star Wars Rebels, and he was given a live orchestra to work with. Dave Filoni confirmed this news on Twitter but we want to thank JTA reader Joseph for bringing it to our attention.  Click through to see Filoni’s confirmation.