It’s a miracle Hasbro made another vehicle in The Black Series [Phase III] 6″ line, but the only reason this one exists is that it’s a Fan Channel exclusive. They’ll probably never again offer another vehicle at Big Box retail again. That aside, we know 6″ collectors will love the Snowspeeder/Dak Ralter set, but 3.75″ collectors will know immediately that Hasbro went cheap on its design. (more….) 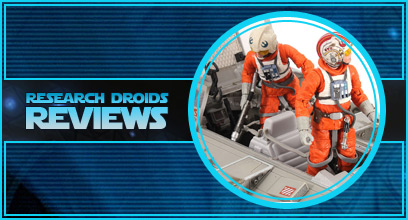