Everything You Need To Know About The Vintage Collection Luke Skywalker (Hoth [Outfit]) (VC95) Re-release!

The Vintage Collection Luke Skywalker (Hoth [Outfit]) (VC95) still needs new tooling, but the re-release is a major update. It looks good thanks to Photo Real updating and fixing matching elbow joints in the arms. It has many other enhancements as well. We took the time to break it all down for you by producing an all-new 108-image gallery complete with both versions (2012 and 2021) featured, comparison shots, diorama shots, and a breakdown of what separates the two releases in the Collector Notes. Check out this excellently updated figure in our RDRs now! There’s more difference here than you may realize.

A new wave of The Black Series Archive figures is beginning to hit. Let’s look at Luke Skywalker (Hoth) from that wave. (more….) 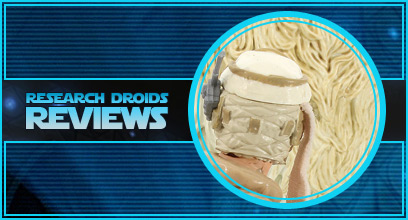 Isn’t the HyperReal line supposed to give collectors realistic interpretations of on-screen characters? Then why does Luke Skywalker look more like a 5″ Galaxy of Adventures figure instead? Thank the Maker we won’t be seeing any more of these. See why this figure is a disappointment. (more….) 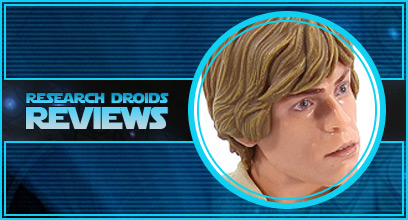 Everything You Need To Know About The Vintage Collection Luke Skywalker (Bespin) (VC04) Re-release!

There have been a significant number of changes made to the re-released The Vintage Collection Luke Skywalker (Bespin) (VC04) figure. We took the time to break it all down for you by producing an all-new 80-image gallery. The new gallery includes comparison shots, dioramas, and a breakdown of what separates the 2010 version from the 2020 new release. (Do you believe a decade transpired in between their respective releases?) You can probably find Luke Skywalker (Bespin) (VC04) at your local TARGET and WALMART stores now. If not, orders should begin shipping from the “Fan Channel” shortly. There are more differences here than you may believe. Be sure to acclimate yourself to the many changes!

We’re rapidly approaching the final month of RDRs! But before starting off May, let’s end April with some of the BEST EXCLUSIVES Hasbro has ever produced. We’re continuing with 2001’s Power Of The Jedi Speeder Bike (With Luke Skywalker) Action Collection TARGET exclusive. It’s incredible and has the best Luke Skywalker figure packed in with it! The Speeder Bike is HUGE and entirely delightful too! See more in our Research Droids Reviews today! Be sure to leave your thoughts in our comments section, vote in the poll or comment about it on our Facebook page. Click the banner below for the direct link to the review! As always, you can also send your review requests via email if you’d like to see something that we didn’t cover yet. 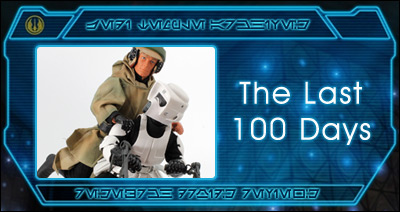