Here is The Black Series Archive Clone Commander Cody. What a disappointment! (more….) 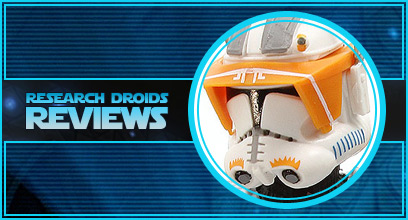 The Latest The Black Series Archive Wave Listed On Walmart.com

Walmart has the latest wave of The Black Series Archive figures listed on their web site. This wave sports the gold 50th Anniversary Lucasfilm LTD logo. As of this posting, only Luke and Han are in-stock. Click below for direct links!

We have a couple of items to blow through to complete our The Clone Wars [Blue] archive. Let’s start with Clone Commander Cody Vs. Battle Droid. We didn’t need this Two-Packs set at all. Learn more in our Research Droids Reviews today! Be sure to leave your thoughts in our comments section, vote in the poll or even comment about it on our Facebook page. Click the banner below for the direct link to the review! As always, you can also send your review requests via email if you’d like to see something that we didn’t cover yet. 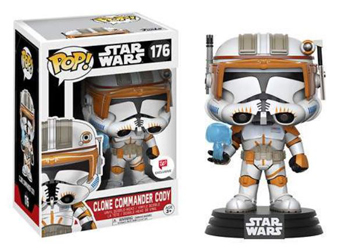