It has just been confirmed, and this is excellent news for collectors in Europe. Both Zuckuss and Captain Phasma (Quicksilver Baton) are both coming soon there! Per our friends at StarWarsFiguren.com, they will be available through any store who orders from the wholesaler, that is specialty stores, websites, others 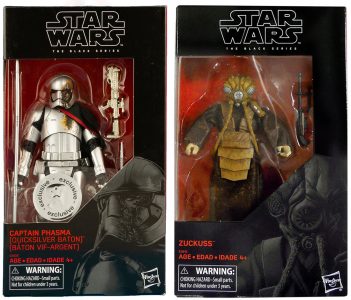 Do you want to see one of the freakiest things ever? JTA reader Andrew C. found a Captain Phasma (Quicksilver Baton) figure at his local Disney Store today with the helmet loose and off of the figure’s head revealing what Captain Phasma looks like underneath. It’s freaky! Check it out! 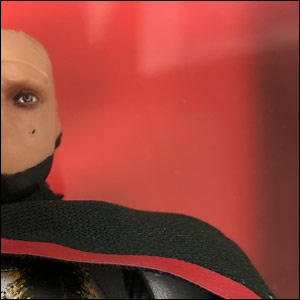 All of the Shop Disney exclusives are live and available to order! Use THIS LINK to order them. Grab Zuckuss, Captain Phasma (Quicksilver Baton) and Stormtrooper (With Blast Accessories). Use PROMO CODE SHIPMAGIC for free shipping for orders over $75. We reviewed all three months ago. Check out our reviews and images HERE.

We have another The Black Series [Phase III] 6″ figure Visual Guide for today’s update. Check out the Toys R Us exclusive Captain Phasma (Quicksilver Baton) by clicking below. We also have a full review of this figure right here. 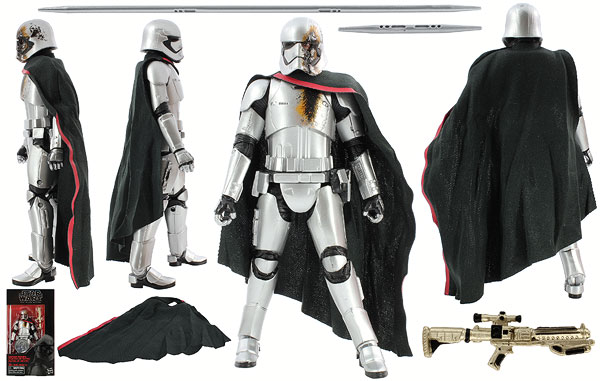 NEW FIGURES! She’s a day late and a dollar short, but superior to the first release. Find out why you might want to secure Captain Phasma (Quicksilver Baton) from The Black Series [Phase III] 6″ line in our Research Droids Reviews today! Be sure to leave your thoughts in our comments section, vote in the poll or even comment about it on our Facebook page. Click the banner below for the direct link to the review! As always, you can also send your review requests via email if you’d like to see something that we didn’t cover yet.

Check out our sneak peek of the still-officially-unannounced The Black Series [Phase III] Captain Phasma (Quicksilver Baton) Canadian Toys R Us exclusive figure. It remains to be seen how this figure will be offered in the USA. Captain Phasma (Quicksilver Baton) would have been a lot more exciting if she was released instead of the straight repack that was part of The Last Jedi product launch push. The figure has a fantastic new head sculpt and the accessories are simple but lovely. If this were just a couple years ago, we could have expected a tweaked version of her in the basic assortment, but for one reason or another, Hasbro decides these make for great store exclusives (that many of us can never acquire). Anyway, the full review is coming soon, but you can check out the gallery and notes now.

BREAKING NEWS! The version of Captain Phasma that should have been available when she was repacked during The Last Jedi is now finally coming as a Toys R Us exclusive (obviously Canada-only at this point). JTA reader Keegan H. found it at his local Ontario store. It remains to be seen what retailer in America will pick up this exclusive. Click the thumbnails below to check out Captain Phasma (Quicksilver Baton). 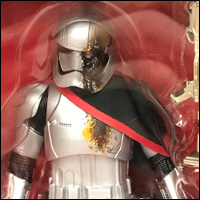 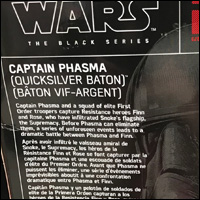 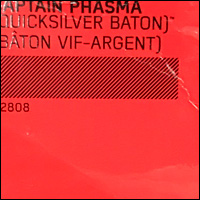