Oh Brother, Hasbro, Help The Bretheren Out And Release Brethupp!

Instead of the Ewok pictured below, we got a Logray-esque version in the Kmart exclusive The Vintage Collection Ewok Assault Catapult called Stemzee. Lovingly referred to as the speckled Dalmation Ewok, Hasbro has YET to give us this screen-accurate version of Brethupp. We think it’s time Hasbro gets this long-awaited Ewok out to The Vintage Collection fans. How about you? It doesn’t matter how this Ewok comes, just get it out! 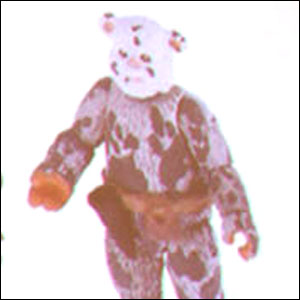