2020 has come and gone, and that’s good for many reasons, of course. But it’s bad for others. One reason in particular that it’s not good is because of how Hasbro treated The Vintage Collection for The Empire Strikes Back’s 40th Anniversary. (more….)

END_OF_DOCUMENT_TOKEN_TO_BE_REPLACED

Wow, that came fast. If you ordered the now sold out The Black Series 6″ The Empire Strikes Back 40th Anniversary 4-LOM/Zuckuss figure set from Amazon, the set is now shipping! 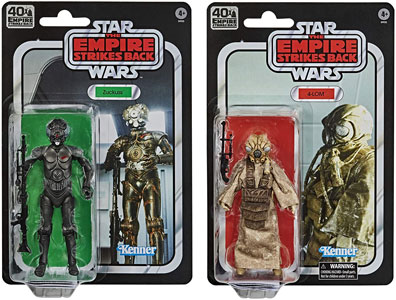