The Content Of The Target Exclusive Black Series Mystery Box

Instagrammer Toyfiend got the Target exclusive $40 Black Series Mystery Box early. And he was kind enough to post the unboxing video on YouTube and send us the link, so all the collectors can find out with him what’s actually inside the box. And I will spoil it right here. Inside are…

You can watch the full 3 minute unboxing by clicking on the screenshot below! It’s hilarious. Let’s see how many of these unsold boxes will turn up at 5 Below, Ollie’s, Ross & co early next year… Thanks to Toyfiend for taking one for the team! 😉 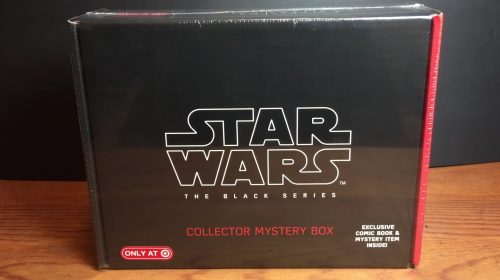 Not so mysterious anymore – click image to watch video