How ominous that it’s the Ides of March today and our review focuses on characters from a scene during Order 66. Et tu, Bly? Look for a cameo appearance from Aayla Secura in our Photo Gallery. See the fantastic Clone Commander Bly 6″ figure in our Research Droids Reviews today! Be sure to leave your thoughts in our comments section, vote in the poll or comment about it on our Facebook page. Click the banner below for the direct link to the review! As always, you can also send your review requests via email if you’d like to see something that we didn’t cover yet. 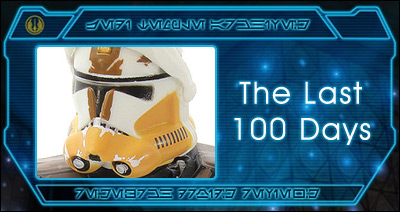 Welcome to another one of our JTA Presents: Evolutions features! Let’s check out how close or far we are from having an ideal Hasbro 3.75″ Aayla Secura action figure. Have we arrived at definitive status yet? Weigh in and let us know what conclusion you’ll come to by clicking through and adding your two cents in the comments!