Getting through “Barge Week” was arduous, but it was well worth it. Now that we got that out of the way, we wanted to redirect your attention to a set Hasbro produced over a decade ago that is essential to help complement your Jabba’s Sail Barge (The Khetanna). During 2008’s The Legacy Collection run, Hasbro released the Battle At The Sarlacc Pit Battle Packs set. It gave us our first-ever 3.75″ version of the Sarlacc Pit. It also included a repainted Skiff and five pack-in figures with the worst paint jobs we’ve ever seen. We’ve revisited the review with a massive 120-image gallery, revised text in the review and an Editor’s Note which explains that we do have a Sail Barge now. Anyway, please check out the new images, and see why you may want to consider this for your collection if you don’t have it! 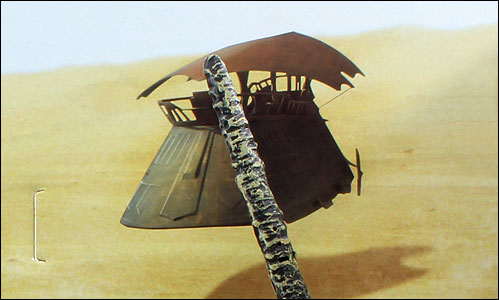