Everything You Need To Know About The Vintage Collection Anakin Skywalker (Peasant Disguise) (VC32) Re-release!

The Vintage Collection Anakin Skywalker (Peasant Disguise) (VC32), also part of the “worst reissue wave ever,” has never looked better.And it has more than just a couple of enhancements. The Photo Real on this figure is stunning. And the new soft-goods are perfection. We took the time to break it all down for you by producing an all-new 68-image gallery complete with both versions (2011 and 2021) featured, comparison shots, and a breakdown of what separates the two releases in the Collector Notes. Check out this excellently updated figure in our RDRs now! There’s more difference here than you may realize.

It's The Right Time To Order The Latest TVC Repacks! Walmart Marks Down Pre-order Price!

Cancel those full-priced pre-orders! Walmart has marked down the pre-order price to The Vintage Collection’s Anakin Skywalker (Peasant Disguise), Queen Amidala, and TIE Fighter Pilot down to $11.04 each. The Battle Droid remains at normal MSRP. Save nearly $2 per figure by ordering at Walmart now! Special thanks to JTA reader and friend Mark for the alert! 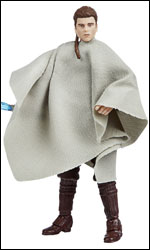 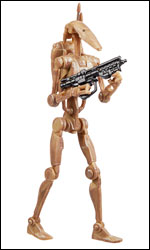 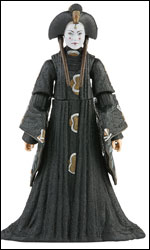 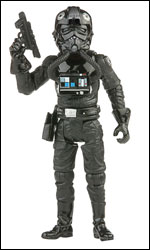 Hasbro, it’s time to execute Order Darth Revan (VC150) on the latest repacks for The Vintage Collection. The Battle Droid isn’t a terrible inclusion, but two of the others included made up the Great TPM 3D Debacle of 2012. Another was part of a wave that bottlenecked distribution in early 2011 (Anakin Skywalker), and lastly, a figure that’s needed an all-new sculpt since 2008 (the TIE Fighter Pilot) is perhaps the worst of the foursome. This wave is a no-win situation. Please do better. Here are some ideas: General Grievous. Rebel Trooper (Echo Base). Shae Vizla. Clone Trooper (501st Legion- the rarest TVC figures from the original run). Kit Fisto. Jango Fett. Grand Moff Tarkin. Luke Skywalker (Dagobah Landing). ARC Trooper Commander. Starkiller. Weequay. Emperor’s Royal Guard. There are SO MANY OTHERS that should have come before these four.