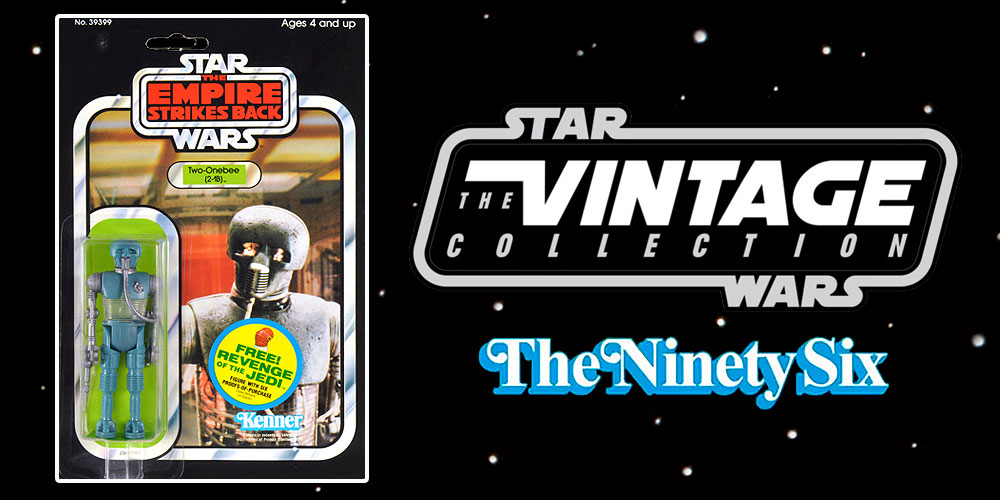 END_OF_DOCUMENT_TOKEN_TO_BE_REPLACED

The next two cards from the weekly Topps Star Wars Living Set are now out. Featuring the iconic blue starfield and the impressive artwork of Kris Penix, check out Even Piell (#161) and 2-1B Droid (#162). Each Tuesday, two new cards will be released and be only available for one week. Click here to view the entire Star Wars Living archive, including individual print runs. 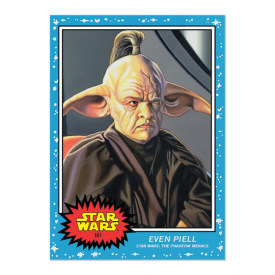 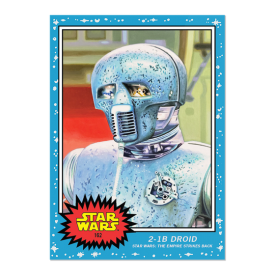 Today we revisit 2-1B. Too-Onebee (2-1B) received a name change. But more noticeable is the significant orange wash the card art received for the Trilogo card back. The crop of the character is also different. See the full Trilogo card art and additional notes by revisiting 1981’s THE EMPIRE STRIKES BACK 2-1B figure HERE.

END_OF_DOCUMENT_TOKEN_TO_BE_REPLACED

Welcome to another one of our JTA Presents: Evolutions features! Let’s check out how close or far we are from having an ideal Hasbro 3.75″ 2-1B action figure. Have we arrived at definitive status yet? Weigh in and let us know what conclusion you’ll come to by clicking through and adding your two cents in the comments!

END_OF_DOCUMENT_TOKEN_TO_BE_REPLACED

Our “You Bespin Me Round (Like A Record)” marathon concludes with the medical droid 2-1B. It’s another favorite to those who grew up with the vintage Kenner line. Relive your memories of this classic 1981 action figure in our Research Droids Reviews today. Be sure to add your own experiences to the conversation! Reminisce your own childhood stories of this figure in our comments. Share your life-changing vintage Kenner adolescent experiences with us!