As his confrontation with the mysterious Jango Fett escalates into an explosive battle on a rain-battered landing platform on the planet Kamino, Obi-Wan Kenobi uses his power of the Force to fend off the savage attacks of the bounty hunter.

Star Wars Episode II: Attack Of The Clones had a few too many slow spots in the film that affected its pace. Thankfully, scenes like the skirmish between Obi-Wan Kenobi and Jango Fett brought needed action to the film. Hasbro also felt the confrontation between a suited up Jango Fett and the Jedi Knight would make a fun play scenario for kids and collectors, so they developed an interactive duo that not only includes these two characters, but also includes miniature environmental portions of the props in this scene. Hasbro also added some scene-specific action features for both Jango Fett and Obi-Wan Kenobi. As the Star Wars “Saga” line transitioned into its second phase, Hasbro planned, developed, and ultimately released only four Deluxe figure sets. But most of these sets became impossible to find at retail. To make some of them more widely available, Hasbro reissued two of them in the Star Wars “Saga” [Phase III] Ultra line (the new name for “Deluxe”). Obi-Wan Kenobi (Kamino Showdown) was one of the four Deluxe sets released in 2003, but carried forward into the new Ultra line look as Obi-Wan Kenobi (Kamino Confrontation) now. More of a kids’ toys than anything else, Hasbro made it with the purpose to function alongside Jango Fett (Kamino Confrontation) (also in the Ultra line) seamlessly. Obi-Wan Kenobi is far from a collector’s dream, but this very scene specific version of him (rain-soaked hair) is unique and serves its purpose well.

Obi-Wan Kenobi (and his accessories) is a slight repainted of the 2003 Star Wars “Saga” [Phase II] Obi-Wan Kenobi (Kamino Showdown) Deluxe set. Obi-Wan Kenobi is limited in articulation, but the important aspect of this figure is the action feature. The Kamino column serves as an air pump and a clear plastic tube juts out from its base and can plug into the left arm of the Obi-Wan Kenobi action figure. Every time you pump the column, puffs of air shoot out from a hole in his left “Force push” hand. Included in the set are an “invisible” column and some “debris” (which is just a storage container). If you place the debris on the column and place the Obi-Wan Kenobi figure in front of it while pumping the Kamino column, the air will make the debris go flying. OK, so that is a lot of engineering and drama for an action feature, but in our opinion, it works well. Because of the play features, we’re surprised Hasbro included these two carry-forward Deluxe figures in the Ultra line, which is seemingly collector-friendly. There is certainly enough play value here for the kids, and maybe Hasbro is trying to interest them in this line too. Admittedly, we find it refreshing to get, even if only small, portions of the Kamino platform where we witnessed Obi-Wan Kenobi and Jango Fett battling it out. The column may not be completely screen accurate, but there has been enough included here to give you an idea of what is trying to be represented.

With so many of the same characters produced in the Star Wars “Saga” line, collectors probably won’t want to consider another Obi-Wan Kenobi purchase. But at least this is a unique take on Obi-Wan Kenobi. This is the only way you can purchase him “wet.” It’s how he appeared on the water planet of Kamino. Besides, when the two Ultra sets are displayed together, the setup is pretty nice. You get a nice footprint of the Kamino landing platform. It’s almost as if we now have the opportunity to purchase a little cross-section of Kamino. The Star Wars “Saga” line was in flux during the 2004 product year. The line was abruptly canceled when the announcement was made that the unaltered Original Trilogy was going to be released on DVD. So many products didn’t get full “sale time” at retail. But with the enhanced play features, it’s a good bet that there weren’t a ton of collector who was interested in acquiring these Ultra action figures in new packaging (with slightly updated paint operations) especially if they owned the original figures. Although the Star Wars “Saga” Ultra Obi-Wan Kenobi (Kamino Confrontation) and Jango Fett (Kamino Confrontation) sets are repackaged figures (simply stated), we’re glad that Hasbro has picked two sets that were difficult to find the first time. The whole Ultra line is a great deal of fun for collectors. We’re getting stuff we never thought possible in a mildly priced action figure line. It makes sense we’re going to see some repeats in it.

Market Value: Click here to check the latest prices based on 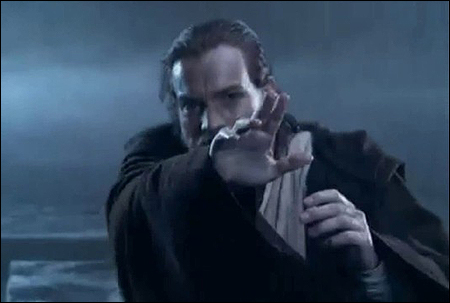 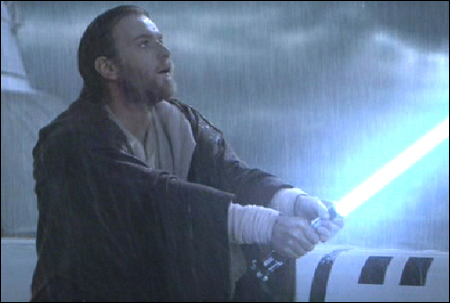 The URL for this review is:
http://www.jeditemplearchives.com/content/modules.php?name=JReviews&rop=showcontent&id=3221