EmpireToyShop.com has FREE SHIPPING on orders $49+. They have Admiral Piett shipping this week, as well as restocks of Sabine Wren, Darth Revan, Moff Tarkin and clearance deals on Black Series starting at $8.99.

END_OF_DOCUMENT_TOKEN_TO_BE_REPLACED

Limited Quantities of Darth Revan are in stock now at EmpireToyshop.com! 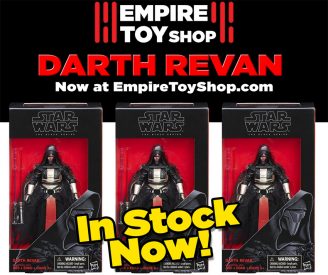 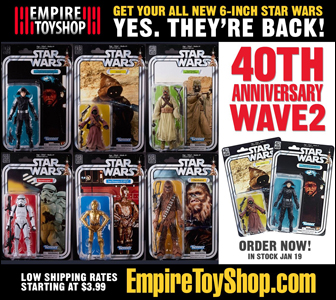 JTA is happy to bring Empire Toy Shop on as a new sponsor. We’ll kick things off with their first newsletter announcement:

The Black Series Wave 13 is in stock Tuesday! Order now to secure your set! And check out all the other Star Wars IN STOCK items from Bandai, Egg Attack and more!

UPDATE: Jaina Solo, Snoke, and Rose are also up for Pre-Order with estimated ship date of Oct/Nov! 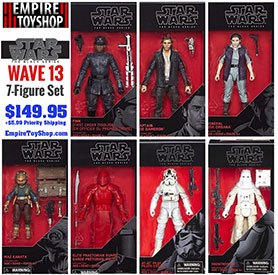