In a Star Wars fansite Q&A last week the topic of the “Boba Fett Tax” was brought up a few times by several outlets. Designer Chris justified the higher price point for Boba Fett by saying that the Boba action figure has more parts and thus requires more assembly, meaning more manual labor, and that the figure also has more paint apps. All of which contributes to the higher price point. So this is the perfect time to fact check this. Does a Boba Fett action figure really have more parts that need to be assembled and more paint apps than a figure costing $13 less? Click through for more! 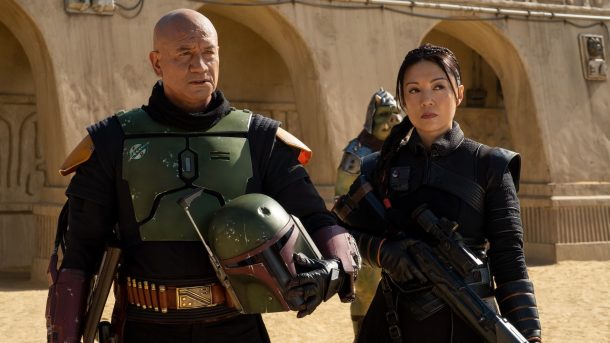 The two are more alike than you may think

This article would not have been possible without the help of JTA regular Alientek, he provided me with photos of his action figure breakdowns. In these breakdowns he disassembles figures into all all of their individual parts. You can find these breakdowns also on his Instagram, so be sure to check it out for more action figure goodness from Alientek!

Unfortunately, Alientek does not have a complete breakdown of the VC 186 Boba Fett figure, the new Return of the Jedi version, which is the figure used for the comic book repaint that will retail for $20.99, $8 more than for the Return of the Jedi version. This breakdown was done very early before he decided to do this more thoroughly for future figures and to make this a regular feature on his Instagram. Thus he did not fully disassemble parts that are glued together. This mostly means the torso still breaks down into more parts. Still, here is a partially disassembled Return of the Jedi Boba Fett: 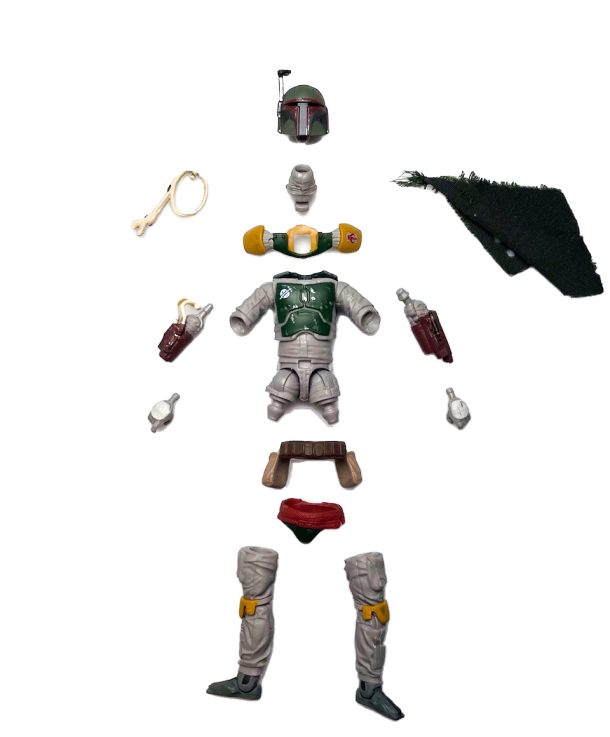 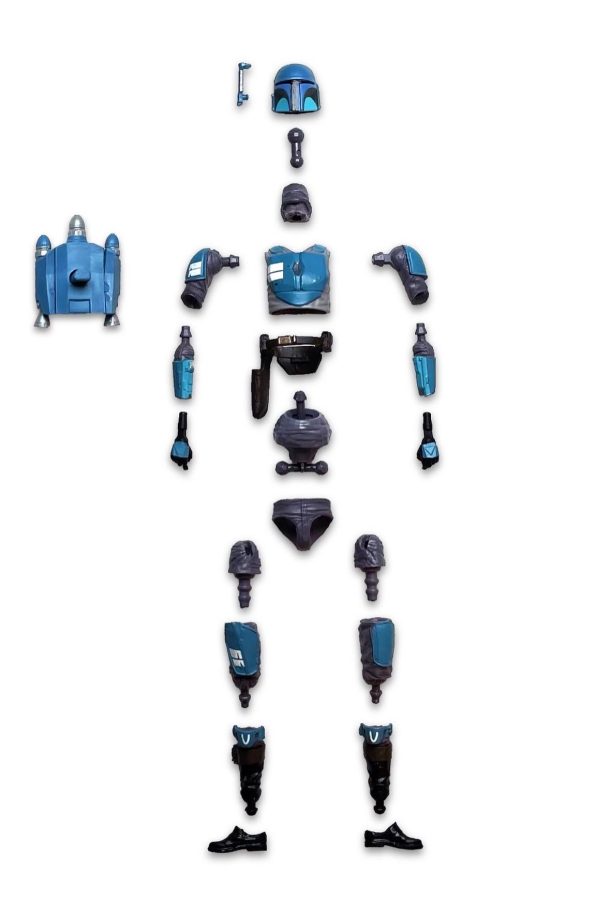 The Death Watch Mandalorian has 23 individual parts (including the jetpack). What he doesn’t have is a cape and the Wookie braids.

But let’s look at some other figures. Here is the deluxe Boba Fett Tatooine figure from Book of Boba Fett: 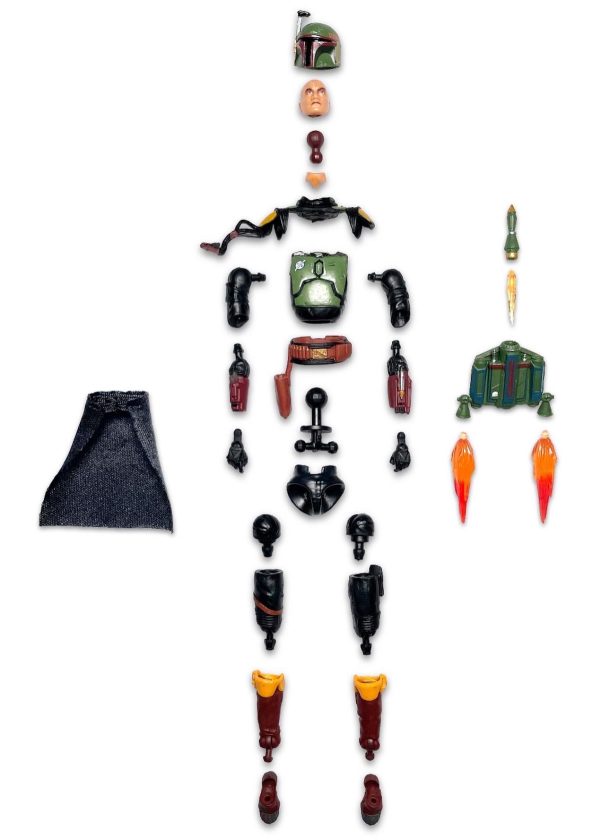 This figure, including the jetpack, has 29 parts. 30 parts if you add the rangefinder, I believe Alientek may not have removed the extra rangefinder piece from the helmet in this photo. UPDATE: the viewfinder is indeed not a separate piece! The figure was released in July 2022 and retails for $26.99. Excluding the jetpack the figure alone has 24 parts, in line with many other TVC figures as you will see now.

And here is Boba’s friend and ally Fennec Shand: 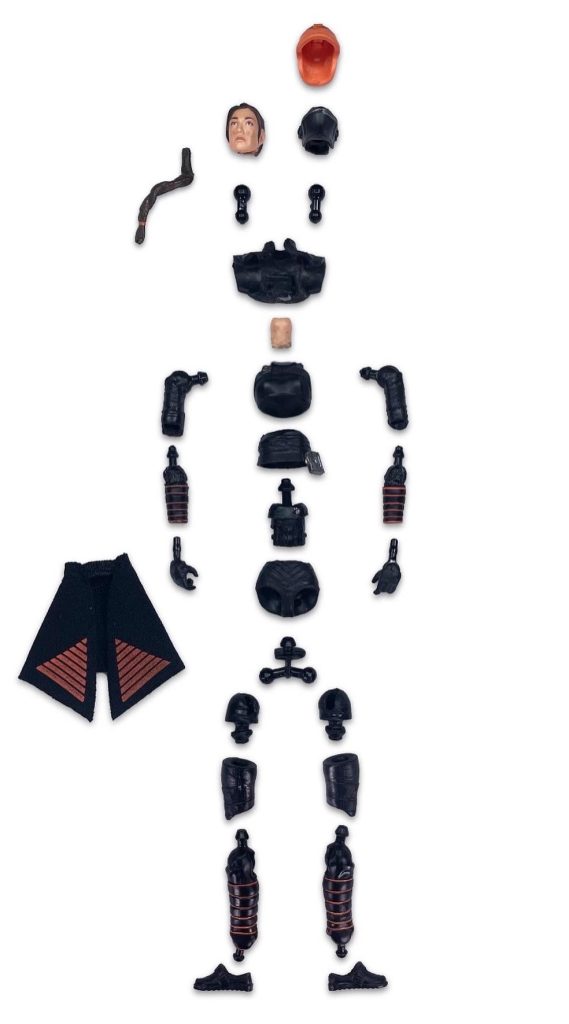 Fennec Shand was released in May 2022 and retails for $13.99. She has 28 parts. And that is without a jetpack or any effects pieces.

Now, admitted, Boba has one more part if you include the jetpack, and he also comes with a few more accessories. Fennec has three accessories, not counting the helmet, Boba, without the jetpack (excluding the extra rocket) and his helmet, comes with seven. If we count all the parts then Fennec has 31 parts in total, Boba Fett has 33. This means the 2 more parts overall and the paint apps increase Boba’s price by $13, in short, basically one full TVC figure worth of money.

Here are some other figures, first the Mandalorian Super Commando, a figure with a similar amount of paint apps as Boba Fett, excluding the portrait: 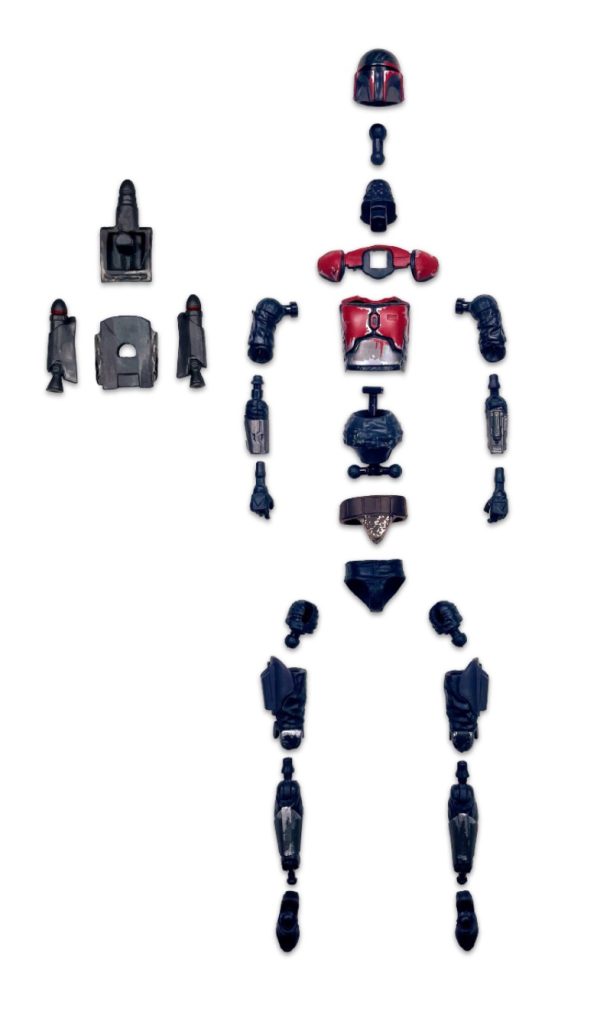 This figure was released in July 2022 (same time as the deluxe Boba Fett figure) and retails for $13.99. The figure has 26 parts and comes with three additional accessories. Total number of parts is therefore 29. Boba has four more parts. Paint apps here are absolutely comparable to Boba’s painted armor. So the only difference are the four small extra parts and the Boba Fett headsculpt. Again, you have to believe that these parts and the unmasked head justify an MSRP that is $13 higher. Or almost one full TVC figure.

And here’s Bo-Katan, a Mandalorian figure that comes with a photoreal head: 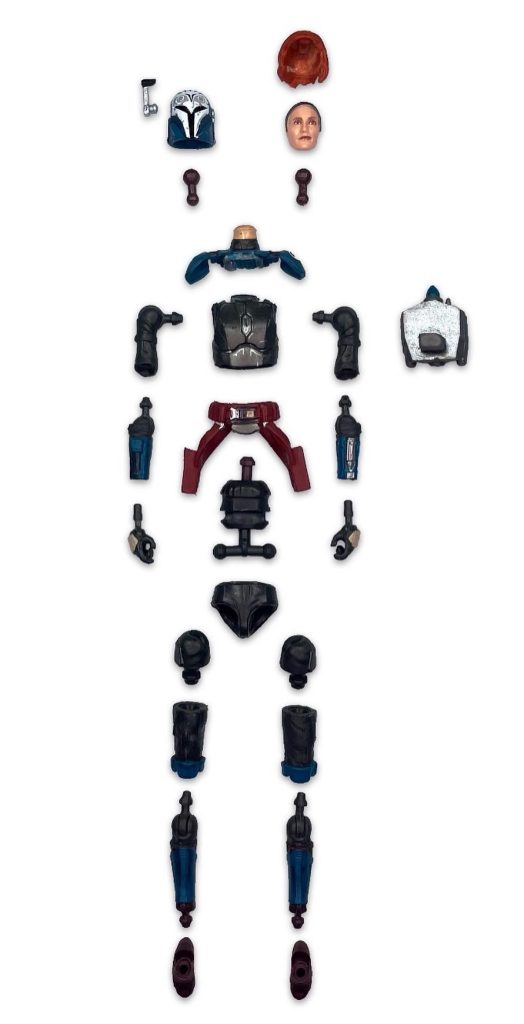 Bo-Katan was released in December 2021 and retails for $13.99. The figure has 26 parts and comes with two additional accessories, 28 parts in total. Again, the deluxe Tatooine Boba Fett has a comparable number of paint apps and comes with five more parts, and once more his price is $13 higher than Bo-Katan’s. If we just compare the figures, without jetpack, the parts that actually require assembly and the quoted manual labor, then Bo-Katan has 25 parts and Boba 24. So no difference here really. There is no way that assembling Boba Fett costs more than assembling Bo-Katan.

So what can we deduce from all that? Given how the part count for the deluxe Boba Fett Tatooine figure alone is not higher than that of comparable figures, with some even having a few more parts, the assembly of a Boba Fett figure cannot conceivably require more manual labor than for Fennec Shand or Bo-Katan. Yet both cost $13 less. Thus the argument that labor costs for Boba are so much higher that a higher price is required does not seem to hold.

If we look at the number of all parts, including accessories, then the two more parts that Boba has compared to Fennec Shand set you back an extra $13. Yes, Fennec has fewer paint apps, but if we look at figures like the Mandalorian Super Commando we can see that figures with a similar number of paint apps and a similar part count for the figure are still a lot cheaper than the deluxe Boba Fett. And Bo-Katan’s figure has about the exact same number of parts as Boba and also has comparable paint apps, including the photoreal head, yet her figure cost $13.99. Which means you have to believe the few extra accessories you get with Boba set back Hasbro so much that they need to charge you $13 more.

No matter how you look at it, there seems to be no justification at all for the much higher price point for Boba Fett figures. Manual labor can’t be the reason, because figures with the same number of parts cost much less, it can’t be the paint apps, because figures with a similar number of parts and comparable paint apps still cost $13 less. And that does not even address the fact that a figure that used to cost $12.99 suddenly costs so much more even though it’s a mere repaint with zero new tooling. Chris’ argument that the initial release of a figure doesn’t necessarily amortize all the costs involved seems outright preposterous. So Hasbro takes a loss with each sold Fennec Shand (an all new figure btw) or Bo-Katan (also an all new figure)? Really?

Now the question is for how much longer the collecting community will accept this.

Incidentally the Marvel Legends community is currently less than amused about a newly revealed kitbashed Spider-Man figure based on the Playstation game (he only seems to have a new head, everything else is re-use) that has an MSRP of $34.99 (with several stores asking for even more). This figure doesn’t even come with a full set of extra hands, unlike several other Spider-Man figures. It seems the Hasbro managers believe they can charge extra for popular characters just because collectors will buy them anyway.

So what’s next? A Darth Vader Tax?

What are your own conclusions here? And… will the new Hasbro pricing scheme have an impact on your collecting and spending habits? Hasbro is not immune to community feedback, as pointed out in my previous article about Hasbro’s current business strategy. The Dungeons & Dragons disaster caused a fierce community backlash and may have permanently damaged the IP as various companies are now moving away from using any D&D rulesets at all. They believe Hasbro can no longer be trusted, ever since they tried to nullify the previous Open Game License that was meant to be valid in perpetuity.

So maybe not buying certain things and polite but very clear feedback may yield results.