The reveals for TVC may leave a few collectors wanting for more perhaps, the focus of the panel was very much on (repainted…) Black Series figures! So click through for the Vintage Collection reveals! 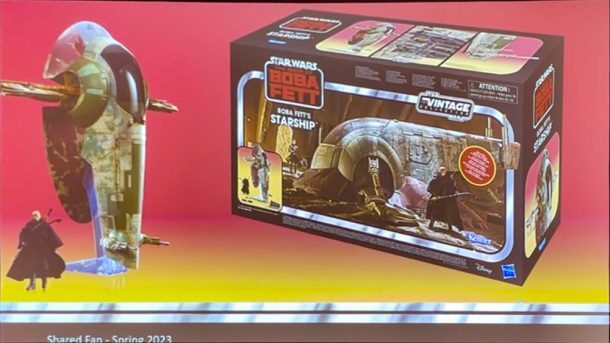 Boba Fett’s Starship (aka the ship formerly known as Slave 1) is coming next year!

And here’s what Hasbro announced for The Vintage Collection and also the Retro Collection!

The three figures will be available for pre-order tomorrow at 5 pm, and release is in summer 2023, so in a year from now!

And here is a better look at Slave 1 with all of its accessories: 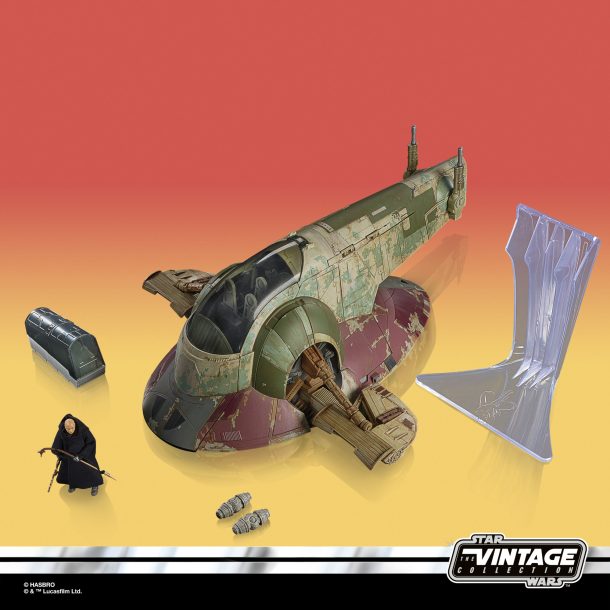 Boba Fett with his starship and all accessories

TVC also has a few pipeline reveals for the 40th anniversary of Return of the Jedi!

And one pipeline reveal for the regular line:

The Retro Collection also had some news!

Part 2 of the original 12 box set with six figures was announced! This set will include:

And for the 40th anniversary of Return of the Jedi the Retro Collection had a few pipeline reveals as well!

And that’s it! What do you think? Will you get Slave 1 with updated paint deco? What about the figures?

Next Article: Obi-Wan Kenobi Series Finale Was A Ratings Success For Disney+