The biggest news of today (so far) is the reveal of a brand new upcoming live action Star Wars series on Disney+ titled “Skeleton Crew”. Not very much is known at this stage, here is the blurb we have from Disney about the show:

The show takes place during the post–’Return of the Jedi’ reconstruction that follows the fall of the Empire, the same as ‘The Mandalorian,’ but its plot remains a secret. It’s created and executive-produced by director Jon Watts and writer Chris Ford, who made ‘Spider-Man: Homecoming’ for Marvel. A casting notice has called for four children, around 11 to 12 years old. Inside Lucasfilm, the show is being described as a galactic version of classic Amblin coming-of-age adventure films of the ’80s.

Variety reports that Jude Law will star in the series, so at least one adult main character will be featured in the series and with Jude Law Lucasfilm secured a very well known star. Lucasfilm has not been too successful with kid-centric content so far, most of which was low budget animated efforts on the Star Wars Kids YouTube channel. With “Skeleton Crew” Lucasfilm is apparently trying to engage kids and families in earnest.

What do you think? Is a classical 1980s Spielberg style Star Wars teen / kid adventure something you are eager to see? Maybe with a possible Mandalorian crossover? 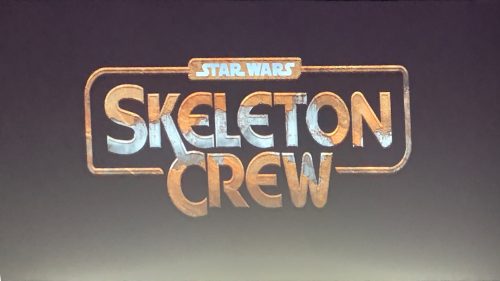