Hasbro Says They Look For Ways To Better Case Assortments, But Why Is Retail Still Made to Suffer?

The modern Hasbro Star Wars brand has been in existence for over a quarter of a century, and it appears that Hasbro still cannot understand the need to release case assortments with even ratios of action figures. (more….) 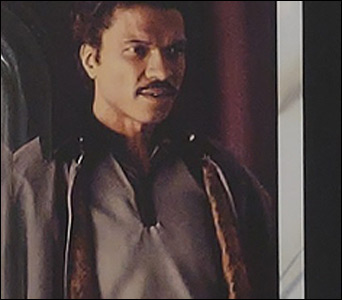 See the image by clicking the thumbnail above. This is commonplace, not anecdotal, across any retail location that received and sold this TVC assortment.

One of The Vintage Collection’s most recent case assortments contained the following figures, and this is what Walmart and Target are receiving:

Likewise, a recent The Black Series 6-inch assortment contained the following figures, and this is what Walmart and Target are receiving:

And if you go to any brick and mortar store that is fortunate enough to have any Hasbro Star Wars stock, you’ll likely only find remnants of these waves in the form of Lando Calrissian. Both figures are incredible additions to their respective lines. And none should be clogging up retail space, but because Hasbro didn’t equalize the case assortments, stores are left with unsold merchandise because the cases are too top-heavy with certain characters.

This situation isn’t a slight to these characters as action figures. They’re some of Hasbro’s finest work. But to stop the pile-ups, Hasbro must make even case ratios. Evenness is a fundamental concept they fail to study, understand or change for the better. Also, female action figures are always hot sellers. Why would they make them one per case? If needed, they should have stretched this out to two different case assortments, whatever is necessary to even out the numbers.

If they release a hot character, Hasbro needs to make solid case assortments for them, including Luke Skywalker, Darth Vader, or Boba Fett. It’s common sense.

Next Article: We Are Down To Eight In The 2022 March Madness TVC Bracket