Adam Savage’s (former Mythbuster) Tested YouTube channel received their Razor Crest a while ago. A thorough unboxing video was released the day they got their hands on it, now you can see how Adam Savage and his co-host Norm custom paint the Razor Crest and give it a much needed weathering and more metallic luster. It’s a 40 minute video, so maybe take your time to watch it, but for customizers it may be interesting to see how a pro approaches custom painting the Razor Crest. And this is most likely not the last Razor Crest video on Tested since co-host Norm already said that he will definitely add LEDs to the ship, so stay tuned for more to come! But for now you can see how Adam and Norm paint the Razor Crest to make it look even better! Click on the screenshot below to watch the video! Will you customize your Razor Crest or will you keep it like it is? 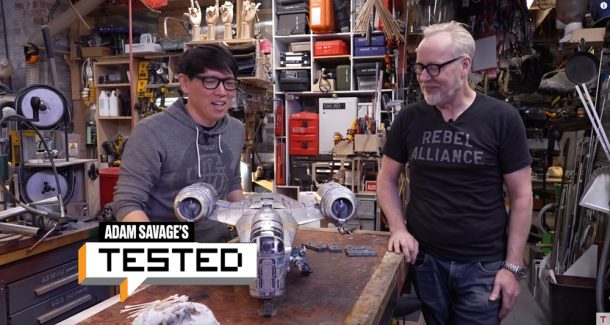