Many of you will know of Star Wars 1313, the Star Wars game focusing on the Coruscant underworld and Boba Fett. The game got canceled early in development when Disney acquired Lucasfilm in 2012 and only early prototype builds ever existed. You can actually check out some prototype Boba Fett gameplay on YouTube which was leaked earlier today. The short three minute clip shows Boba walking around Coruscant’s lower levels, fully rendered and textured, before we get to see a pretty standard and highly scripted chase sequence in a barebones low poly environment without textures when Boba tries to catch a bounty. Click through to watch the video! 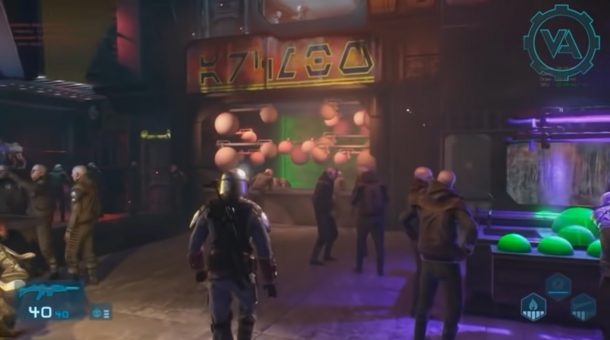 Screenshot from the leaked gameplay footage

Here is the the three minute clip:

1313 was supposed to have a mature rating, with a focus on criminal conspiracies and the seedy underworld and Boba Fett serving as the main character. With Boba Fett having his own show now (more or less) a game focusing on Boba Fett may not be the worst idea in the world. It’s unlikely 1313 will be reactivated, but maybe Lucasfilm will let someone develop a game focused on bounty hunting and the criminal underworld in the not too distant future. A first person shooter game was announced earlier this week, something that could certainly feature Boba Fett or any other bounty hunter.