EA may have lost the exclusive Star Wars video game license, with other studios developing games as well now, but that does not stop EA from developing more Star Wars games. And today EA announced three new Star Wars titles. Click through for more! 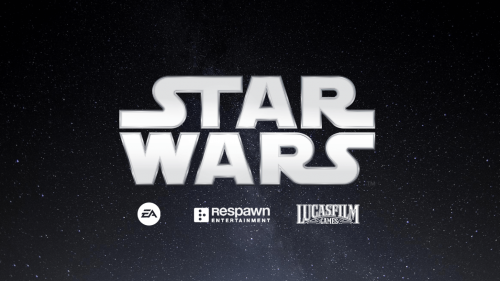 After the somewhat controversial Battlefront II title and the following heated loot box debate, EA Star Wars video games returned somewhat to form with Jedi: Fallen Order. A story focused single player game without micro transactions. The game sold quite well and so it’s certainly no surprise at all that EA announced today that RESPAWN, the developer behind Fallen Order, is working on Fallen Order II. But things don’t stop here, EA further announced that a Star Wars first person shooter game and a real time strategy game (both still without an official title) are also in development by RESPAWN.

Star Wars video game fans certainly have reason to look forward to the future, after years of relatively little content a plethora of games is now in development, including Quantic Dreams’ open world Star Wars game “Eclipse” or the upcoming new LEGO Star Wars game. It will take a few years before most of these titles see a release, but nevertheless it seems Star Wars video gaming is becoming much more interesting again and that the recently reformed Lucasfilm Games is eager to seek collaborations with various studios and to pursue various video game genres, not just the MMOs with tacked on lackluster story compaign like Battlefront that we got from EA before the course change.

And it only makes sense for Disney to pursue the video game market much more in earnest than before. The video game industry is the biggest entertainment industry, eclipsing both the movie and music industry.

In 2020 the video game industry made almost $140 billion, it’s one of the few industries making substantial gains during the pandemic (12% alone in 2020).
The entire movie industry, combining global box office and home media sales, made $80.9 billion in 2020. And even pre Covid it was “only” $100 billion at its peak in 2019. Compared to that the music industry made a modest $23.1 billion in 2020. So even if you combine box office, home entertainment and the music industry, video games still outsell all three sectors combined. And Disney’s share of the pie, until recently, was pretty small. Rockstar Games still makes almost $1 billion a year with GTA V, a game from 2013. The game itself is said to have generated a total revenue of $7 billion so far, even Avenger’s Endgame cannot keep up here anymore. There’s a huge potential for Disney to make a lot more money with good Star Wars video games. It’s actually surprising they neglected this sector for so long.

Are you looking forward to Fallen Order II and the other announced titles? What is your wishlist for Fallen Order II, what changes and improvements would you like to see? And what video game genre do you prefer for Star Wars? Third person story focused action adventures like Fallen Order, FPS games (think Halo), story focused open world (The Witcher, GTA, Assassin’s Creed etc) or maybe real time strategy? Or is Ms Pacman the last title you ever played 40 years ago and you believe video games are a waste of time? If so… you are missing out! Video games have come a very long way and especially the story driven games are like highly interactive movies, many times offering a branching narrative with various endings and almost photoreal graphics that can truly transport you into another world.

Next Article: Pre-Order The TVC Boba Fett (Morak) At Target.com