Some Insight Into Hasbro's Working Relationship With Lucasfilm

Many collectors wonder how exactly Hasbro and Lucasfilm work together. It should be common knowledge that Lucasfilm / Disney control every aspect of the Star Wars brand and that also applies to the toy sector of course. But how exactly is the working relationship? Eric Franer, the designer of the HasLab Rancor, was featured in a CNET article about the Rancor a short while ago (you could call it an advertorial, since it’s basically just an ad for HasLab) and while his replies to CNET’s carefully chosen questions are the usual things you always hear from Hasbro, he did hint at how Hasbro works with Lucasfilm. Click through to find out more! 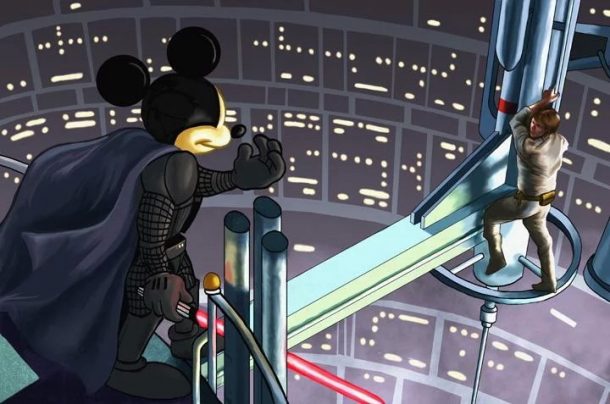 “Together we can rule the toy aisle!”

This is what Eric had to say about working with Lucasfilm, specifically how they worked on the Rancor.

About how a project such as the Rancor is conceived:

“We first develop the overall concept for the figure, which outlines what features it will have, articulation level, gathering reference, and part breakout. We also collaborate closely with our partners at Lucasfilm who work with us to further develop the concept’s direction. From there, we move on to sculpting the figure.”

And then CNET asks a question about tiers, how Hasbro decides what tiers a project will have. This interview is from before the livestream, when tiers 1 and 2 had already been revealed, but 3 and 4 were still unknown.

“We decide on the tier rewards very early in the process. Like everything we do, we work very closely with our partners at Lucasfilm on the offerings and development. Since the tiers are a bonus to the Rancor, we need to align early to make sure that everything works out and functions the way we want it to.”

On the surface you may think it all sounds harmless or that it doesn’t really provide that many details, which is certainly true. Hasbro would never talk in detail about how it is to work with Lucasfilm (Disney). NDAs are certainly in place that prevent that.

But even so it may be very interesting to learn that Lucasfilm has a direct hand in “developing a concept’s direction” and that Lucasfilm also “works closely on the offerings and development” with Hasbro and how Hasbro needs to “align” with Lucasfilm. And it’s certainly interesting to finally know that Hasbro and Lucasfilm decide on the HasLab tiers probably months (or at least weeks) in advance. This also explains the weird marketing campaign by Hasbro that seemed to ignore reality, felt like it was on rails and never even acknowledged fan feedback. This marketing campaign, fluff pieces on CNET and other sites like io9, livestreams that are basically your “great wok of china” infomercials were all planned long before and Lucasfilm had a lot of influence here.

Let’s corroborate that with other things we know. For example, the now bankrupt GTP Toys had the Star Wars license for a while. And the owner of GTP toys explained in a newsletter how his working relationship with Lucasfilm (Disney) was. I talked about that before, so let me just summarize the most important bits:

Hasbro themselves briefly talked about how Lucasfilm controls the marketing in one of their many Q&As at some previous con. Hasbro can only reveal something when Lucasfilm says so. Lucasfilm will most certainly also tell Hasbro what outlets to use for reveals, which results in advertorials on CNET, io9 or Yahoo, instead of collaborating more with fansites.

I believe all of this does paint a clearer picture. And I also believe this explains why the same company, Hasbro, even the same licensor, Disney, can treat different IPs so very differently, why Marvel, another Disney IP and therefore Marvel Legends is so different from Star Wars. Because Marvel is managed by Marvel, whereas Star Wars is managed by Lucasfilm. And of course the Hasbro teams are different as well, but the major difference is certainly who they have to work with at Disney.

And never forget: Lucasfilm receives royalty rates for every Star Wars toy, including HasLab. We don’t know exactly how high this rate is now, after the license extension, for the sequels it was 20+%, before that it was 18%. The highest in the business by a wide margin. Chances are it’s somewhere in that range now, 20% +/-  a few points. Which means basically this: Lucasfilm / Disney make more money with the toys than Hasbro. If Hasbro sells 9,000 Rancors for $349.99, Lucasfilm’s / Disney’s share of that is approximately $629,982. No matter if Hasbro has to tool an all new Malakili (which costs about $100,000) or not. Hasbro’s average profit margin is 15% at best. With Malakili added to the mix Hasbro’s margins have taken a nose dive.

Now imagine what it must be like to work on Star Wars with Lucasfilm. Basically everything you do needs approval. Which of course also applies to any other toy license, this is still normal, but now imagine what it’s like when your licensor is a hands-on micromanagement type of company, whereas some other licensor will let you do your thing, because you know best. 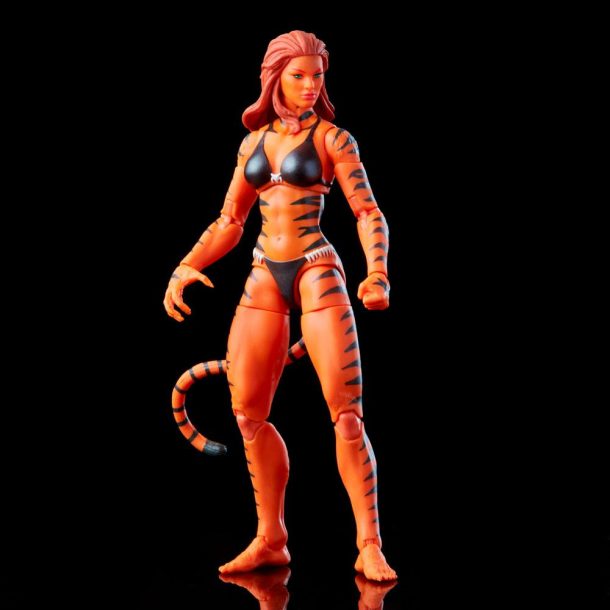 Tigra, who wears nothing but a skimpy bikini 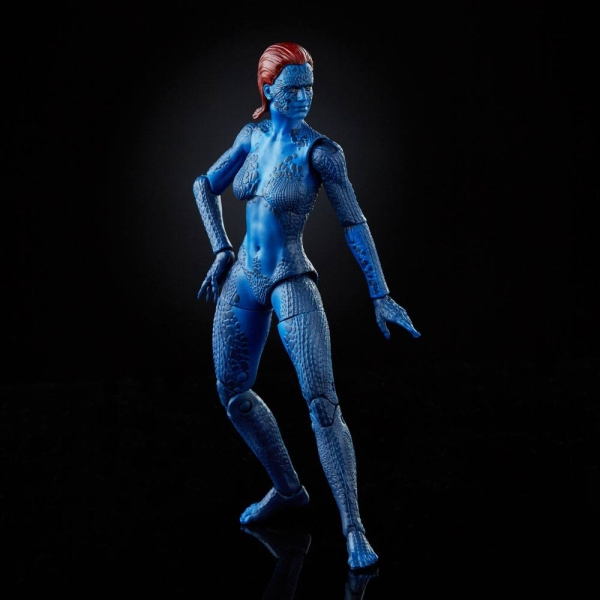 Mystique, who basically wears nothing at all 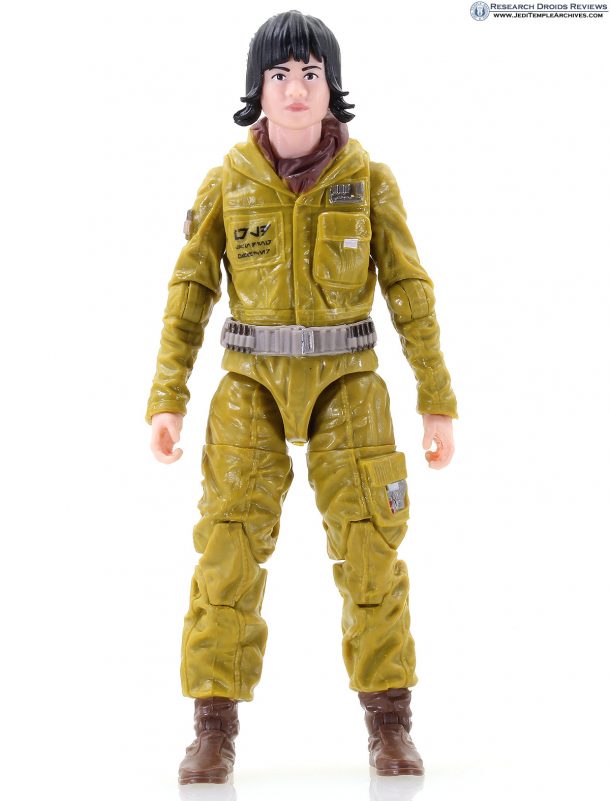 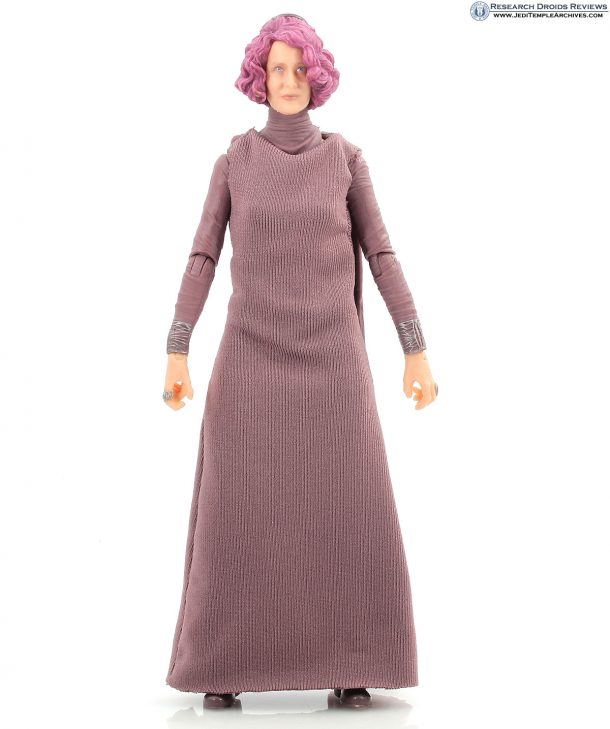 Holdo, wearing yet another potato sack 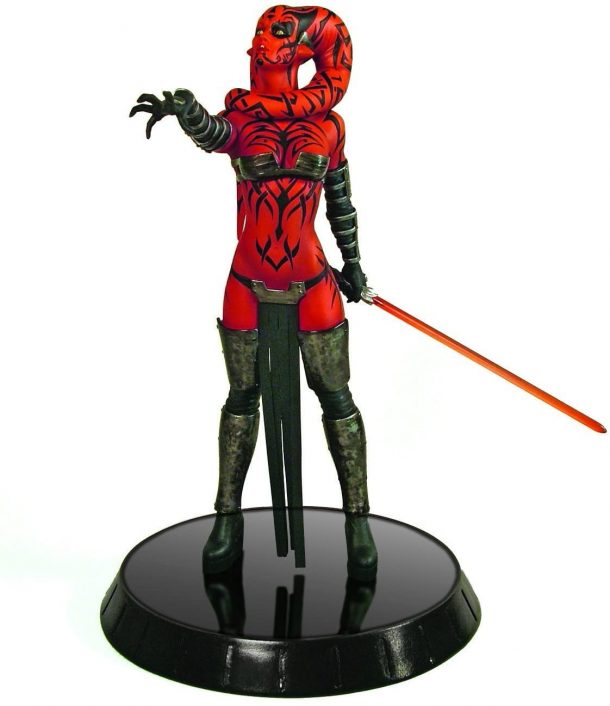 This Gentle Giant statue of Darth Talon was relased before Lucasfilm was acquired by Disney.

Now if it’s Lucasfilm or mostly Hasbro’s Star Wars team that is responsible for these choices is not entirely clear. Disney themselves seem to have no problem with scantily clad Twi’Lek slaves in modern entertainment (the Boba Fett teaser in the final season 2 episode of The Mandalorian has one), Disney also apparently have zero problems with almost naked Marvel characters in toy aisles.

The difference must be the Lucasfilm / Hasbro Star Wars team combination. Disney themselves certainly have zero problems with attractive female characters as action figures.

So next time you are puzzled by escape pod tiers for a $350 space ship that has no electronics (whereas Marvel Legends HasLabs DO have electronics) or Salacious B. Crumb that comes with a Rancor (maybe) and the complete absence of current Slave Leia, Darth Talon or Oola figures you know how Hasbro’s Star Wars team has to “align” with Lucasfilm on everything.

People like Eric Franer, the designer, are basically like you and me. Star Wars fans. Only he is lucky enough to design Star Wars toys. Eric KNOWS what figures a Rancor needs. Eric, who says he was the one who championed the idea of a Rancor, 100% KNOWS what fans want.

When the end result is so very different from your expectations it’s because Eric is just the designer and Lucasfilm plus Hasbro’s Star Wars brand management call all the shots.

You can read CNET’s article about the HasLab Rancor (it’s really just an ad) here.