The Vintage Collection: The Ninety Six - RETURN OF THE JEDI Paploo

Welcome to another entry in our The Vintage Collection: The Ninety Six column. Hasbro recently committed to collectors that they will be “focusing” on characters in The Vintage Collection that fall under “The Ninety Six” banner. If you’re new to this, it means that there needs a modern counterpart for every classic Kenner figure. Between 2020 and 2021, Hasbro’s made an admirable effort by focusing on these characters. But there is more work to be done, and we’ll figure out where we are step by step. Today we assess Paploo. 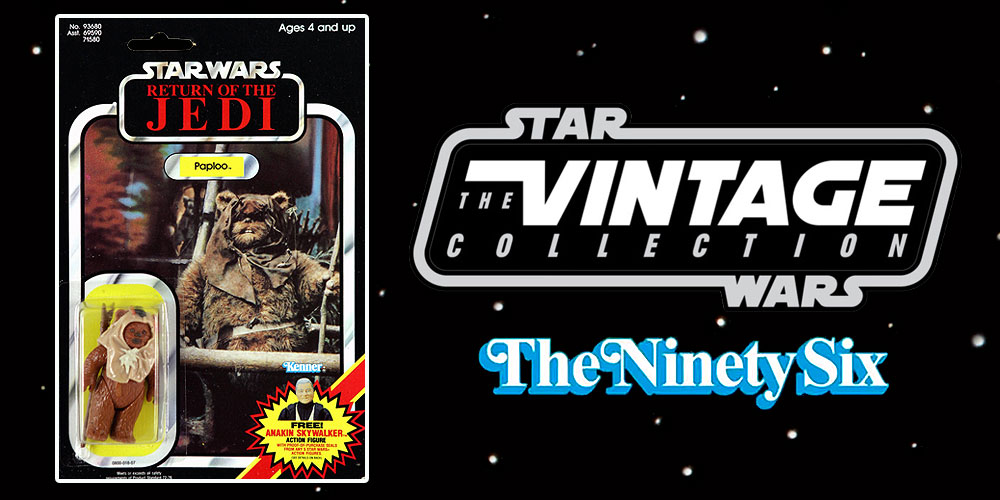 RETURN OF THE JEDI Paploo

Is there a definitive modern counterpart to 1984’s ROTJ Paploo?

Yes, unfortunately. No, it’s not definitive.

Does THE VINTAGE COLLECTION release completely satisfy the modern counterpart to 1984’s RETURN OF THE JEDI Paploo figure?

It’s not a remotely acceptable version of Paploo, much to the chagrin of THE VINTAGE COLLECTION collecting community. The TVC Paploo (VC190) figure is nothing more than a repaint of 2012’s TVC Lumat (VC104) figure with a new head sculpt. It’s a poorly designed action figure.

Hasbro “phoned in” Paploo, and for better or worse, we likely have the closest modern counterpart to the vintage Kenner figure with this release. And it’s unlikely Hasbro will ever revisit the character. Many collectors feel that the Paploo figure that was part of the 2009 LEGACY COLLECTION Ewoks (BD18) two-pack is a better representation of the on-screen character.

What does Hasbro have to do so we can check off “Paploo” from our Vintage Vs. Modern checklists?

Hasbro released what they believe is an acceptable version of Paploo for THE VINTAGE COLLECTION. This release might be the only version we’ll get. Perhaps most disappointing is the card art. Hasbro didn’t bother to correct the character photo, and they gave one of the lamest explanations or reasons why they didn’t update it.

Next Article: TBS Bodhi Rook And Other Rogue Ones Releases Available At Gamestop