On November 19th Hasbro livestreamed their final HasLab Rancor video on YouTube in which they revealed the remaining two tiers. Salacious B. Crumb and a new Luke Skywalker figure. During the livestream the YouTube chat was filled with angry or incredulous comments. First YouTube videos from disappointed collectors who said they would now cancel their Rancor were uploaded that same day, those videos were viewed by a lot of people, often vastly outperforming other videos on those channels, showing an increased level of interest in the shared disappointment. In the days following the livestream the Rancor HasLab lost about 400 backers, it went down from almost 5,150 to below 4,750. So what is the situation now? Click through for more! 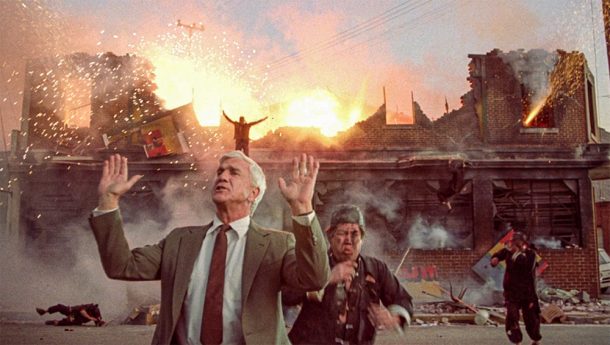 In the past few days the initial downward trend stopped, instead the campaign is treading water now. Sometimes gaining a few backers, only to lose most or all of them again hours later. The Rancor is currently at 4,759 backers, with a little more than 7 days left. In other words, it needs another 4,341 backers to get funded. It would almost need to quadruple the number of backers to unlock all tiers. The most successful HasLab yet, Galactus, managed to somewhat more than double the number of backers in the last few days of the campaign, so you can see that quadrupling the number would be quite the feat.
And what is Hasbro doing? They do nothing. Are they playing a game of chicken with the fans? Whoever moves first loses? What is going on in Rhode Island?

It’s getting increasingly unlikely that the Rancor will unlock all tiers. As mentioned, even the most successful HasLab yet, Galactus, only somewhat more than doubled its numbers in the last few days. There is still a chance the Rancor may get fully funded, but it’s becoming ever more likely that the Rancor may not unlock any of its tiers. Which means backers would get a barebones Rancor without one single accessory. This is a deal that is getting worse all the time.

And Hasbro? Complete radio silence. What is their strategy here?

So either they cross their fingers and hope for the usual FOMO effect that will get people to pull the trigger in the final stretch of the campaign or they really don’t care at all and will sweep the Rancor under the proverbial rug should it fail and never mention it again, similar to the poor Cookie Monster, the only other failed HasLab so far. You cannot even find a mention of that campaign on Hasbro’s website anymore.

If Hasbro want to do something, they should do so very soon, since there’s not much time left. What can they do? Pull a Unicron and extend the deadline by another six weeks or so, which saved Unicron from not getting funded. Announce that one or two tiers will come with the basic Rancor, no matter what, to somewhat sweeten the deal, unless that ruins Hasbro’s precious profit margins, the only thing that really matters to them.

Collectors can only hope that Hasbro will arrive at the right conclusions here. To make things easier for Hasbro I will list the reasons why the Rancor performs so badly here:

What is really disappointing is Hasbro’s complete lack of honest communication. Yes, we get it, all the livestreams are basically infomercials, Hasbro do these things to sell toys. And now it seems Hasbro simply duck under a table, hoping it will soon all be over.

And finally, if in light of Disney’s licensing fees, insane shipping rates (at least for now) and production costs this is the best Hasbro can do and repacking, repainting and kitbashing is a desperate effort to somehow have acceptable profit margins, then maybe Hasbro should think hard about how much sense it makes to keep making Star Wars toys the way they do now. People may accept repainted gimmick lines, fake deluxe figures and repacks galore (not to mention the many exclusives) only to a certain point. Maybe the Rancor could be a turning point.

But in all likelihood Disney keeps Hasbro on a very tight and very short leash, similar to all other Star Wars licensees. So whatever disappointment or even anger collectors may feel should most likely primarly be directed towards Disney first, then Hasbro. It’s not unreasonable to assume that Disney / Lucasfilm micromanage Hasbro’s Star Wars team to a degree that would make anyone’s head spin.

Previous Article: The Black Series Wave 3 Half Off At Entertainment Earth