Gee. Do you think the Hasbro Star Wars team is starting to panic? As confirmed backers back out of backing the Rancor (numbers are going down instead of up), they’ve just announced that on Friday they will show off a painted prototype of the Rancor and reveal the last two stretch goals tiers in the hope to boost the number of supporters. Don’t expect Oola. But expect a repacked/retooled Luke Skywalker (Jedi Knight), probably in The Power Of The Force packaging too, and another lackluster reveal. Or will they surprise us? 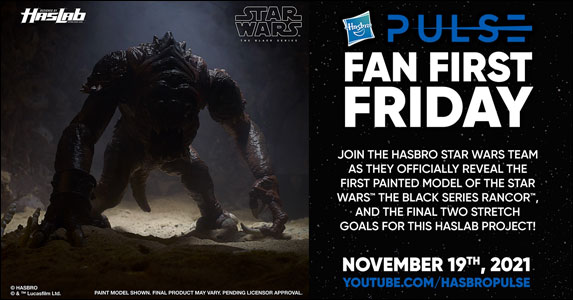 Next Article: Let's Be Frank, Because Not Even Patrick Wants To Be Patrick At This Juncture In Time