The Ghostbusters HasLab Is Fully Funded After One Week

The not quite cheap Ghostbusters proton pack was fully funded on Friday, the campaign crossed the 7,000 backers threshold and that means Ghostbusters fans can look forward to a really good locking, though quite expensive, proton pack replica. Meanwhile the Rancor crossed the 50% mark on Friday. If the Hasbro livestream was meant to convince people to back the Rancor it had little effect, not all that many people gave the Rancor their support today. The GI Joe Skystriker HasLab also crossed the 50% threshold just now, but both it and the Rancor have slowed down a lot and it will take quite some time before both are fully funded. Now why a $400 Ghostbusters proton pack is fully funded after one week while the $350 Rancor is gaining backers at a snail’s pace and won’t be fully funded for another few weeks is anyone’s guess. There are apparently lots more Ghostbusters fans out there than one might guess. Or maybe people are afraid of ghosts and need something to protect themselves from supernatural apparitions… if you want something to fight ghosts with you can of course still back the proton pack on HasLab. 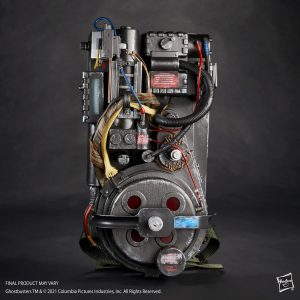 Next Article: The Appalling Lack Of Support For New Star Wars Entertainment By Hasbro