The Hasbro HasLab Rancor livestream just ended and not much was actually revealed. Hasbro showed photos of a very first prototype, not the actual prototype itself though. And they revealed the very first tier that becomes available once 11,000 people back the Rancor. And what is that tier? A repacked Gamorrean Guard on a Power of the Force card with coin… Click through for a few photos! 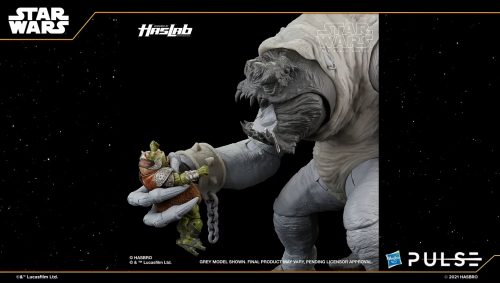 To say the livestream was underwhelming is putting it mildly. Sure, Hasbro has created a first physical prototype, but instead of actually showing the prototype, demonstrating articulation and other features, the Hasbro team merely showed photos of the prototype and we have to take Hasbro’s word that the Rancor can hold all kinds of poses. 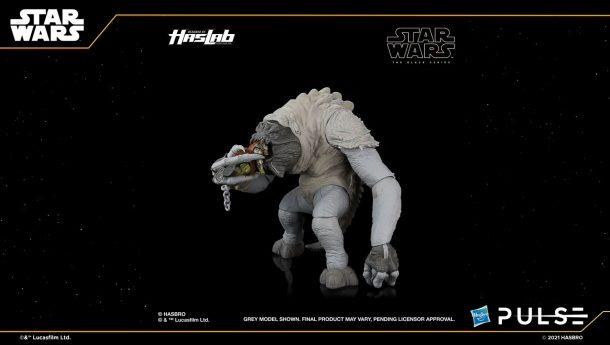 The Rancor will have a mix of materials, hard plastic is used for the figure and soft plastic with added squishy bits on the outside, you can see the different shades of gray on the protoype which gives you an idea what materials are used. 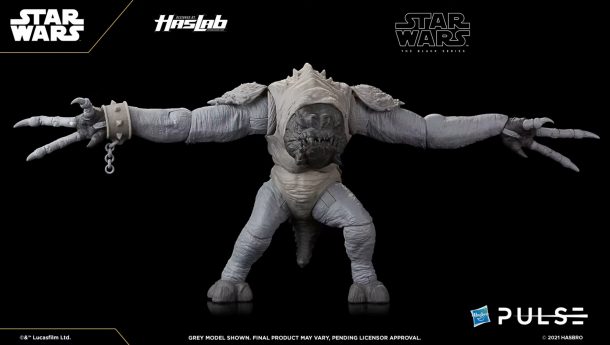 According to Hasbro the Rancor can hold poses very well

And then Hasbro revealed the first tier, available at 11,000 backers. And what is it?

A repacked Gamorrean Guard on a Power of the Force card with coin. 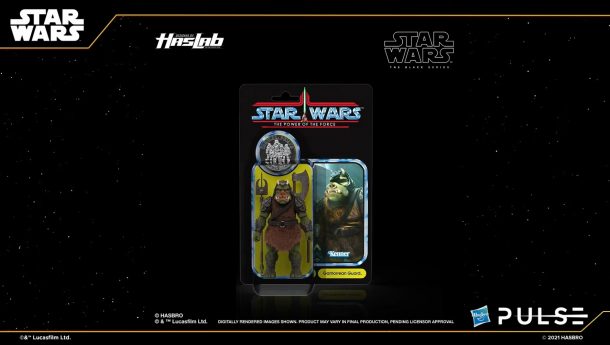 Now of course a Gamorrean Guard makes sense for a Rancor display and it was always expected that Hasbro would make that figure available again in some way. But to offer it as a tier 1 unlock seems kind of tone deaf.

Where is Malakili? Where is Oola? Where are some accessories like the bone, a skull or maybe even a rock? How can a brand new figure like the Rancor Keeper NOT be the first stretch goal? Imagine if the Rancor limps across the finish line with only a little more than 9k or 11k backers… you’d end up with a repack as the only accessory. No Rancor Keeper. Not even a bone for Luke to block the Rancor’s jaw.

No, instead Hasbro chose to save tooling costs and gives people who spend $350 dollars a repacked figure they most likely already own.

Still, there’s little doubt that Rancor will get backed. But if Hasbro hoped showing photos of a prototype and offering a repack as the tier 1 unlock would give the campaign a boost and satisfy potential backers I fear they may be mistaken.

Hasbro should offer so much more here.

If you want to back the Rancor you can do so over at HasLab!

Next Article: The Ghostbusters HasLab Is Fully Funded After One Week