The Vintage Collection: The Ninety Six - RETURN OF THE JEDI Nien Nunb

Welcome to another entry in our The Vintage Collection: The Ninety Six column. Hasbro recently committed to collectors that they will be “focusing” on characters in The Vintage Collection that fall under “The Ninety Six” banner. If you’re new to this, it means that there needs a modern counterpart for every classic Kenner figure. Between 2020 and 2021, Hasbro’s made an admirable effort by focusing on these characters. But there is more work to be done, and we’ll figure out where we are step by step. Today we assess Nien Nunb. 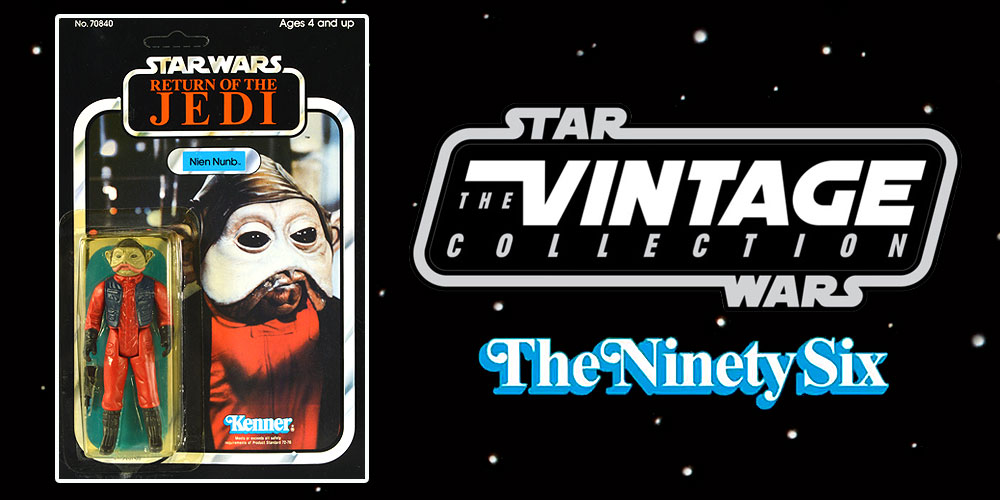 RETURN OF THE JEDI Nien Nunb

Is there a definitive modern counterpart to 1983’s ROTJ Nien Nunb?

Does THE VINTAGE COLLECTION release completely satisfy the modern counterpart to 1983’s RETURN OF THE JEDI Nien Nunb figure?

No, not at all. Whatever reference materials Hasbro used for the character, they misinterpreted them. Nien Nunb is not short. The Sullustan B-Wing Pilot in the Home One is Nien Nunb. And then you can see Nien Nunb in the background of the hangar with General Lando Calrissian and Han Solo. If anything, Nien Nunb is taller than both of these characters. You can see the full story on the character’s proper height and designation by clicking HERE.

While a beautifully tooled action figure, Nien Nunb (VC106) is laughably too short. Hasbro would need to tool an all-new action figure for Nien Nunb to be deemed definitive.

What does Hasbro have to do so we can check off “Nien Nunb” from our Vintage Vs. Modern checklists?

THE VINTAGE COLLECTION Nien Nunb (VC106) figure meets this definition, but many collectors hope Hasbro will correct the scale issue of the character. Hasbro also left off a significant paint operation detail: the lower mouth’s paint was ignored. They need to fix this detail too.