The Vintage Collection: The Ninety Six - RETURN OF THE JEDI Biker Scout

Welcome to another entry in our The Vintage Collection: The Ninety Six column. Hasbro recently committed to collectors that they will be “focusing” on characters in The Vintage Collection that fall under “The Ninety Six” banner. If you’re new to this, it means that there needs a modern counterpart for every classic Kenner figure. Between 2020 and 2021, Hasbro’s made an admirable effort by focusing on these characters. But there is more work to be done, and we’ll figure out where we are step by step. Today we assess Biker Scout. 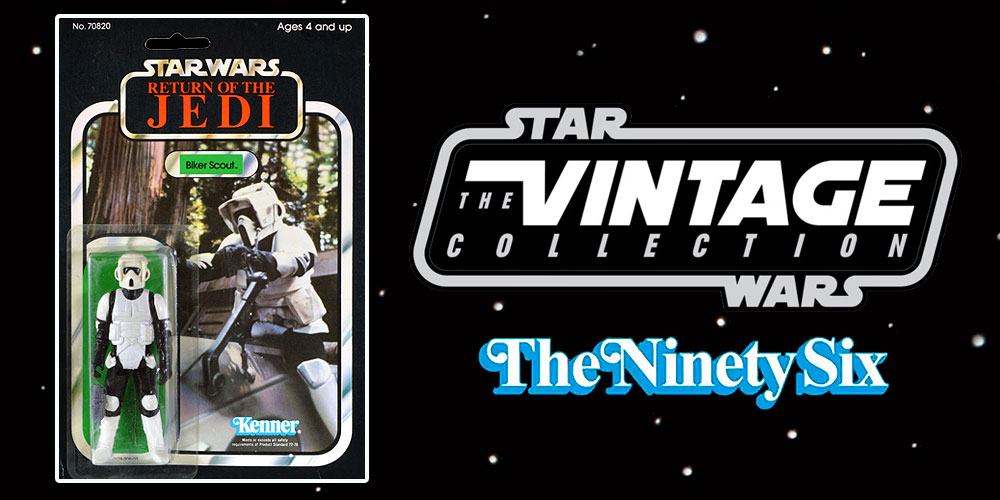 RETURN OF THE JEDI Biker Scout

Is there a definitive modern counterpart to 1983’s ROTJ Biker Scout?

No. To date, a BIKER SCOUT figure that meets this definition is only part of THE “VINTAGE” THE SAGA COLLECTION line, a precursor to THE VINTAGE COLLECTION. Hasbro released 2006’s VTSC Biker Scout, but it is obsolete by today’s standards. Hasbro released 2021’s TVC Scout Trooper (VC196), but that figure is based on the JEDI FALLEN ORDER video game.

Does THE VINTAGE COLLECTION release completely satisfy the modern counterpart to 1983’s RETURN OF THE JEDI Biker Scout figure?

It’s arguable. While there is a near-definitive sculpt, many collectors believe Hasbro can produce a better version. Hasbro may need to spend a little extra time perfecting a new version of BIKER SCOUT for THE VINTAGE COLLECTION.

What does Hasbro have to do so we can check off “Biker Scout” from our Vintage Vs. Modern checklists?