The Vintage Collection: The Ninety Six - RETURN OF THE JEDI Squid Head

Welcome to another entry in our The Vintage Collection: The Ninety Six column. Hasbro recently committed to collectors that they will be “focusing” on characters in The Vintage Collection that fall under “The Ninety Six” banner. If you’re new to this, it means that there needs a modern counterpart for every classic Kenner figure. Between 2020 and 2021, Hasbro’s made an admirable effort by focusing on these characters. But there is more work to be done, and we’ll figure out where we are step by step. Today we assess Squid Head. 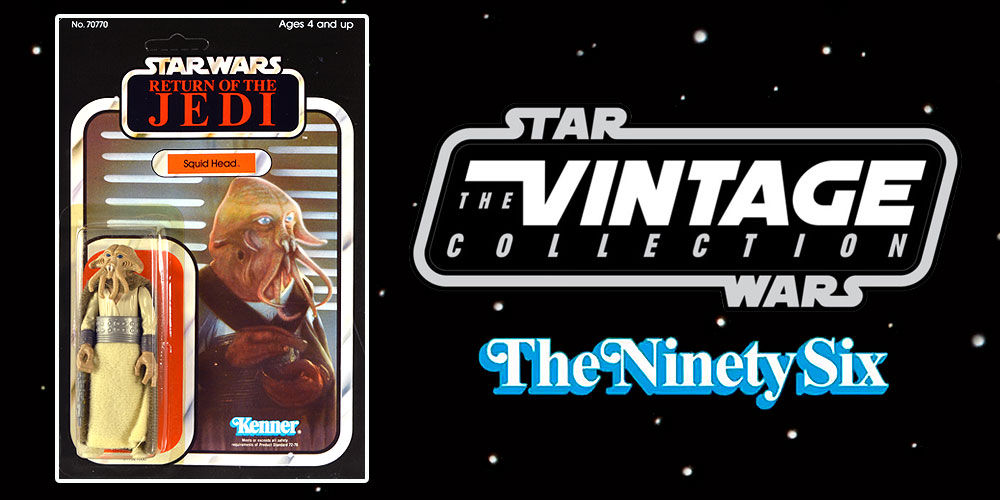 RETURN OF THE JEDI Squid Head

Is there a definitive modern counterpart to 1983’s ROTJ Squid Head?

2001’s POWER OF THE JEDI Tessek is generally regarded as the closest placeholder.

Does THE VINTAGE COLLECTION release completely satisfy the modern counterpart to 1983’s RETURN OF THE JEDI Squid Head figure?

Hasbro only attempted a modern version of Squid Head once, and while an excellent action figure, it falls short of what collectors accept as definitive status because of its lack of articulation. The tooling is nearly flawless, however.

While a beautiful action figure, POWER OF THE JEDI’s Tessek release won’t hold up by today’s standards, and it’s about time Hasbro produces an all-new action figure from the ground up. We need Tessek for The Khetanna, and we needed Tessek in THE VINTAGE COLLECTION yesterday.

What does Hasbro have to do so we can check off “Squid Head” from our Vintage Vs. Modern checklists?