Since The Legacy Collection, Jedi Temple Archives has made consistent noise about the lack of updated characters from The Original Trilogy Collection and The Saga Collection “Vintage” lines. In response, Hasbro has always felt that the figures in these lines are generally good, and while some could use updating, they hold up well. (more….) 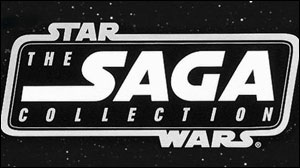 You may or may not know when the VOTC and VTSC lines were designed and released; they were intended to be longer-running lines. I have seen the future intended assortments with my own eyes, and Hasbro planned multiple impressive waves that never came to pass. But as the collector base dropped off, Hasbro did a 180-degree turnaround at the end of the Legacy Collection and made the “Vintage” Kenner format the mainline of basic figures to save the line as the last minute “Hail Mary.” It “sort of” worked. Although the line hibernated in 2013, it’s back, and we are now getting characters we never thought possible from a Disney Star Wars era Hasbro. (Thank the Maker!)

While we hope that ALL figures are either redone (the ones that need updating) or re-released (for those that don’t need updating), the possibility exists that Hasbro may not get to all of them before the line…. well, never mind.

In short, the VOTC and VTSC figures might be the only chance to get those characters in “Vintage” Kenner packaging. And because the modern Star Wars toy line from 2004-2015 is produced in lower quantities than anything else and is drying up quickly, you might want to secure them before they’re unattainable. Let’s hope this is not the case, but if it is, should we play it safe than be sorry?

Check out eBay for VOTC and VTSC action figures. They might be your only hope for your The Vintage Collection completion.

Next Article: The Vintage Collection Figrin D'an Is An Amazing Announcement, But What About The Rest Of The Modal Nodes?