Quantic “Who”, you may ask. Quantic Dream is a French video game studio known for story driven games like Detroit: Become Human, Indigo Prophecy (aka Fahrenheit), Heavy Rain and Beyond Two Souls. According to gaming website DualShockers Quantic Dream has been working on a yet unannounced Star Wars game for the past 18 months. With how long the production cycle for these kind of games is the game may not see the light of day for another two or three years.
Would you like a Star Wars game in the mold of Detroit: Become Human, i.e. in the style of an interactive movie with various elaborate set pieces? Quantic Dream games are usually not very action driven and what action there is is usually handled via quicktime events, so I wouldn’t expect lots of lightsaber duels, but a game which has a heavy focus on the narrative with various branching storylines that can result in very different outcomes. Since EA made very little with their exclusive Star Wars license it will certainly be welcome when the franchise will soon get a wide variety of games, from a KOTOR remake to a sequel to Jedi: Fallen Order and now possibly even a Star Wars game with a heavy focus on the story by Quantic Dream.

Update: According to Kotaku’s sources the Quantic Dream Star Wars game may not follow at all the mold of previous Quantic Dream games and could instead be open world and more action focused! 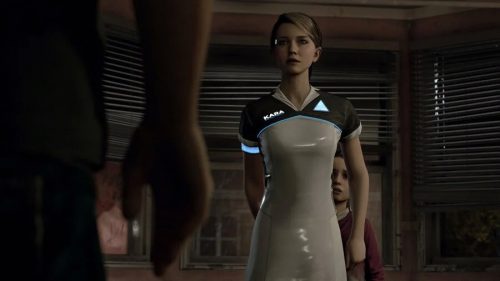 Next Article: Marcia Lucas Really Doesn't Like The Sequels