A book about the Star Wars producer Howard Kazanjian titled Howard Kazanjian: A Producer’s Life by late author J.W. Rinzler was released posthumously last week. For the book Rinzler also interviewed Marcia Lucas, who won an Oscar for her editing work on A New Hope. She was very instrumental back in the 1970s to make the original Star Wars the movie we all love. She also worked on the other two original trilogy movies, but her work was uncredited. In the new Rinzler book Marcia Lucas doesn’t mince words when it comes to the sequel trilogy. She outright says that neither Kennedy nor Abrams “get the magic of Star Wars”. Click through for the full quote. 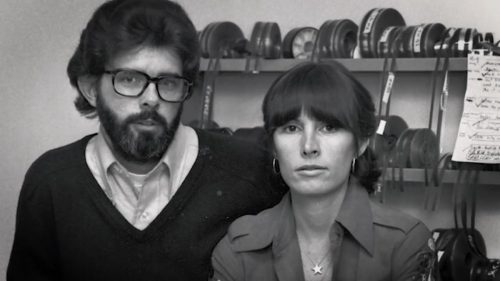 This is the passage from Rinzler’s book in which Marcia Lucas talks about the sequel trilogy:

“I like Kathleen. I always liked her. She was full of beans. She was really smart and really bright. Really wonderful woman. And I liked her husband, Frank. I liked them a lot. Now that she’s running Lucasfilm and making movies, it seems to me that Kathy Kennedy and J.J. Abrams don’t have a clue about ‘Star Wars.’ They don’t get it. And JJ Abrams is writing these stories — when I saw that movie where they kill Han Solo, I was furious. I was furious when they killed Han Solo. Absolutely, positively there was no rhyme or reason to it. I thought, You don’t get the Jedi story. You don’t get the magic of ‘Star Wars.’ You’re getting rid of Han Solo?

They have Luke disintegrate. They killed Han Solo. They killed Luke Skywalker. And they don’t have Princess Leia anymore. And they’re spitting out movies every year. And they think it’s important to appeal to a woman’s audience, so now their main character is this female, who’s supposed to have Jedi powers, but we don’t know how she got Jedi powers, or who she is. It sucks. The storylines are terrible. Just terrible. Awful. You can quote me…JJ Abrams, Kathy Kennedy — talk to me.'”

As you can see Marcia Lucas more or less shares the same sentiment about the sequels as many other longtime fans.

You may argue that at this point is just beating a dead horse, but in my opinion it’s still interesting to learn what someone who played an important role in the production of the original trilogy thinks about the modern Star Wars movies.

Are your surprised that Marcia Lucas really dislikes the sequels? Do you think Lucasfilm should have consulted with a lot more people who worked on the original and prequel trilogy when they made the sequels instead of throwing everything supplied by George Lucas out of the window?

Leave your constructive thoughts in the comments!

Next Article: The Vintage Collection: The Ninety Six - THE EMPIRE STRIKES BACK 4-LOM