Welcome to another entry in our The Vintage Collection: The Ninety Six column. Hasbro recently committed to collectors that they will be “focusing” on characters in The Vintage Collection that fall under “The Ninety Six” banner. If you’re new to this, it means that there needs a modern counterpart for every classic Kenner figure. Between 2020 and 2021, Hasbro’s made an admirable effort by focusing on these characters. But there is more work to be done, and we’ll figure out where we are step by step. Today we assess Imperial TIE Fighter Pilot. 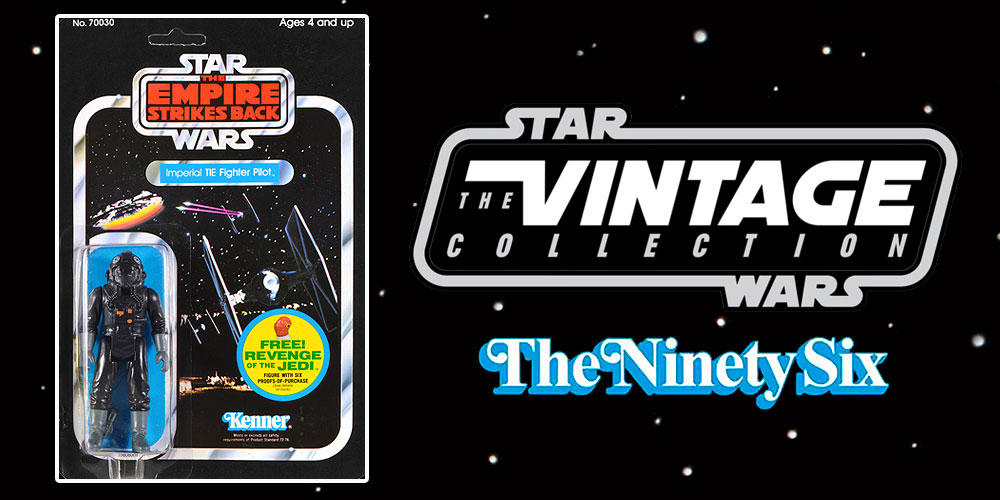 Is there a definitive modern counterpart to 1982’s ESB Imperial TIE Fighter Pilot?

Yes, but no. Collectors generally agree that we need a new figure and a different entertainment logo before calling this definitive.

THE LEGACY COLLECTION/LEGACY COLLECTION EVOLUTIONS TIE Fighter Pilot tooling is now obsolete. Hasbro shouldn’t have even released the VC65 figure in 2021 because of how terribly outdated it is.

What does Hasbro have to do so we can check off “Imperial TIE Fighter Pilot” from our Vintage Vs. Modern checklists?

Because of their cluelessness, it’s unlikely Hasbro will ever correct what needs to be corrected to get out a definitive Imperial TIE Fighter Pilot in THE VINTAGE COLLECTION collecting community. What we have in our collections now is probably all we are going to receive at this point.