The Vintage Collection: The Ninety Six - THE EMPIRE STRIKES BACK AT-AT Commander

Welcome to another entry in our The Vintage Collection: The Ninety Six column. Hasbro recently committed to collectors that they will be “focusing” on characters in The Vintage Collection that fall under “The Ninety Six” banner. If you’re new to this, it means that there needs a modern counterpart for every classic Kenner figure. Between 2020 and 2021, Hasbro’s made an admirable effort by focusing on these characters. But there is more work to be done, and we’ll figure out where we are step by step. Today we assess AT-AT Commander. 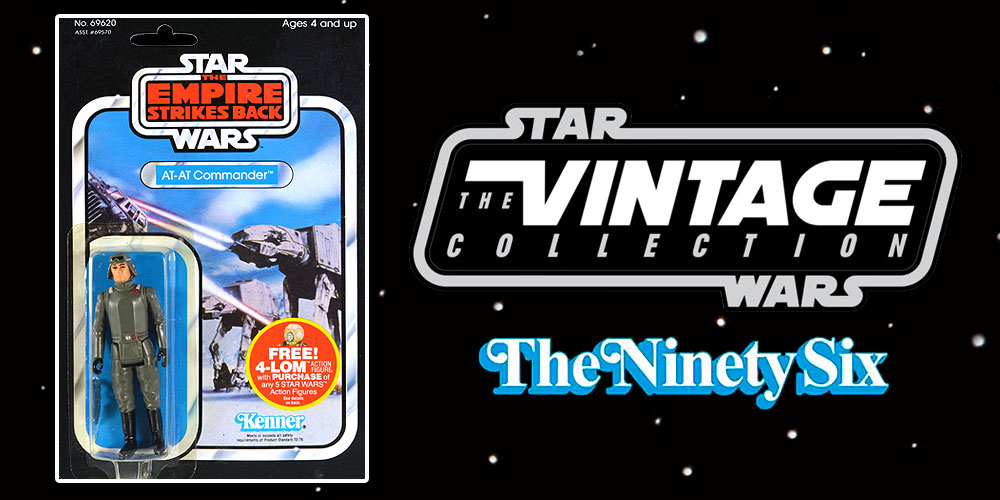 THE EMPIRE STRIKES BACK AT-AT Commander

Is there a definitive modern counterpart to 1982’s ESB AT-AT Commander?

Does THE VINTAGE COLLECTION release completely satisfy the modern counterpart to 1981’s THE EMPIRE STRIKES BACK AT-AT Commander figure?

Yes. Aside from a much-needed reissue, collectors can consider this character essentially done. However, it’s worth considering if Hasbro should re-release this figure with a new head sculpt and call it General Veers. From the vintage Kenner Canada Sears exclusive set, we know that this character was named both AT-AT Commander Veers and General Veers on the various catalog ad and packaging, respectively. Hasbro’s excellent likeness of Veers on 2006’s THE SAGA COLLECTION General Veers (SAGA 007) figure would be a great starting point.

This figure is now checked off our lists.

What does Hasbro have to do so we can check off “AT-AT Commander” from our Vintage Vs. Modern checklists?

We will always accept a Photo Real update to any original THE VINTAGE COLLECTION release.