Welcome to another entry in our The Vintage Collection: The Ninety Six column. Hasbro recently committed to collectors that they will be “focusing” on characters in The Vintage Collection that fall under “The Ninety Six” banner. If you’re new to this, it means that there needs a modern counterpart for every classic Kenner figure. Between 2020 and 2021, Hasbro’s made an admirable effort by focusing on these characters. But there is more work to be done, and we’ll figure out where we are step by step. Today we assess Luke Skywalker (Hoth Battle Gear). 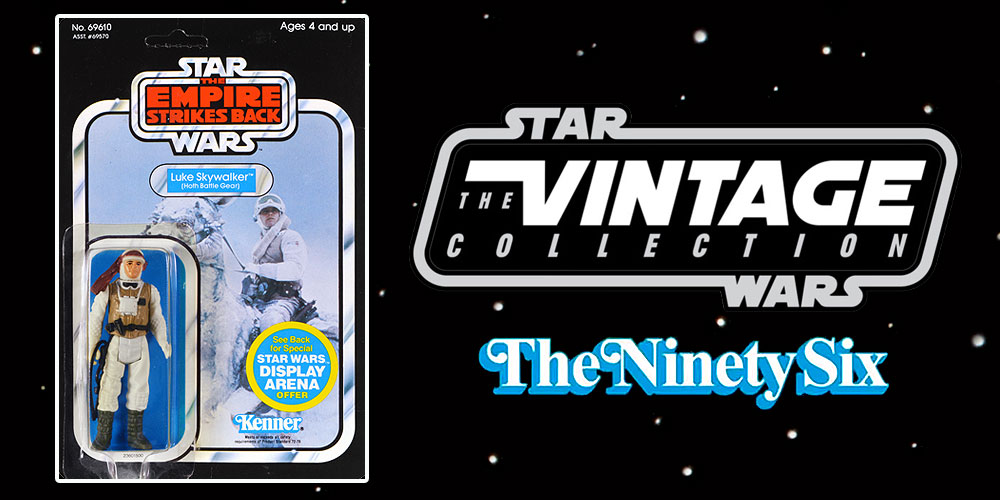 Yes, to complete The Ninety Six, but it’s arguable if the figure represents the most definitive interpretation of this character as some collectors feel the action figure can be bettered.

The original THE VINTAGE COLLECTION figure and its re-release are not perfect. Despite the Photo Real update, Hasbro has yet to update the figure’s headscarf issue. And many collectors would love to have a battle-damaged alternate portrait with Photo Real for additional display and diorama needs. But since they already re-released the figure, it’s next to impossible now that we will see any additional updates made.

What does Hasbro have to do so we can check off “Luke Skywalker (Hoth Battle Gear)” from our Vintage Vs. Modern checklists?

Some feel we need a new figure from the ground up, while others are satisfied with what Hasbro’s already released. We feel it could go for one more round of augmentation.