The Vintage Collection: The Ninety Six - THE EMPIRE STRIKES BACK AT-AT Driver

Welcome to another entry in our The Vintage Collection: The Ninety Six column. Hasbro recently committed to collectors that they will be “focusing” on characters in The Vintage Collection that fall under “The Ninety Six” banner. If you’re new to this, it means that there needs a modern counterpart for every classic Kenner figure. Between 2020 and 2021, Hasbro’s made an admirable effort by focusing on these characters. But there is more work to be done, and we’ll figure out where we are step by step. Today we assess AT-AT Driver. 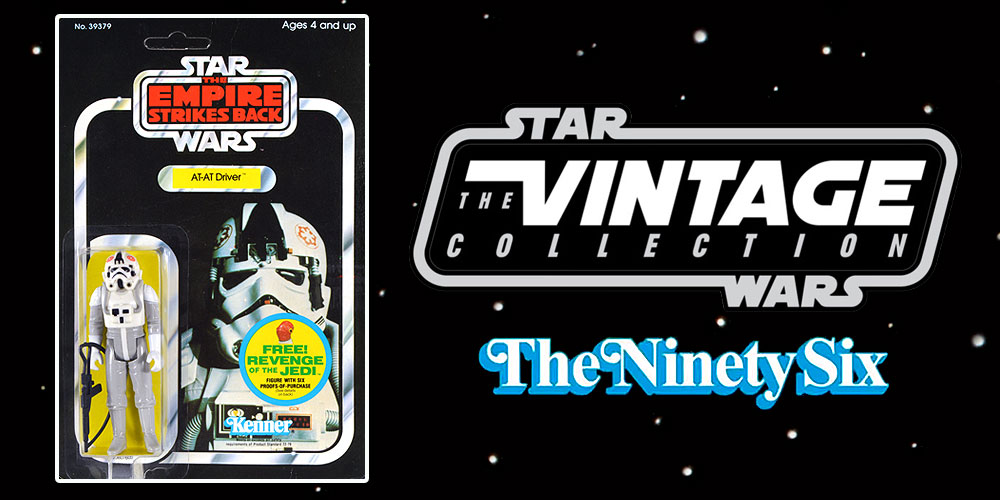 THE EMPIRE STRIKES BACK AT-AT Driver

Is there a definitive modern counterpart to 1981’s ESB AT-AT Driver?

No. To date, an AT-AT Driver figure that meets this definition has yet to be produced.

Does THE VINTAGE COLLECTION release completely satisfy the modern counterpart to 1981’s THE EMPIRE STRIKES BACK AT-AT Driver figure?

We’re still waiting for Hasbro to add this figure into THE VINTAGE COLLECTION. It’s a high-priority addition for the line since we haven’t come close to receiving a definitive and modern counterpart to the vintage Kenner figure.

No.Not by today’s standards. The 2009 LEGACY COLLECTION AT-AT Driver (BD49) figure has overstayed its welcome in the 3.75-inch basic figure line. Coincidentally, Hasbro used this figure in the popular Special Action Figure Set sub-line, part of Target’s exclusive program. But between the removable helmet and its wonky proportions, it’s time for Hasbro to tool an all-new figure for THE VINTAGE COLLECTION. Often overlooked, if Hasbro could find a way to update 2015’s REBELS AT-AT Driver (SL18) figure with super-articulation and an all-new paint job, it would make a definitive update to the 1981 ESB AT-AT Driver figure.

What does Hasbro have to do so we can check off “AT-AT Driver” from our Vintage Vs. Modern checklists?

They need to produce an all-new AT-AT Driver action figure and place it in vintage Kenner packaging.