The Vintage Collection: The Ninety Six - THE EMPIRE STRIKES BACK Yoda

Welcome to another entry in our The Vintage Collection: The Ninety Six column. Hasbro recently committed to collectors that they will be “focusing” on characters in The Vintage Collection that fall under “The Ninety Six” banner. If you’re new to this, it means that there needs a modern counterpart for every classic Kenner figure. Between 2020 and 2021, Hasbro’s made an admirable effort by focusing on these characters. But there is more work to be done, and we’ll figure out where we are step by step. Today we assess  Yoda. 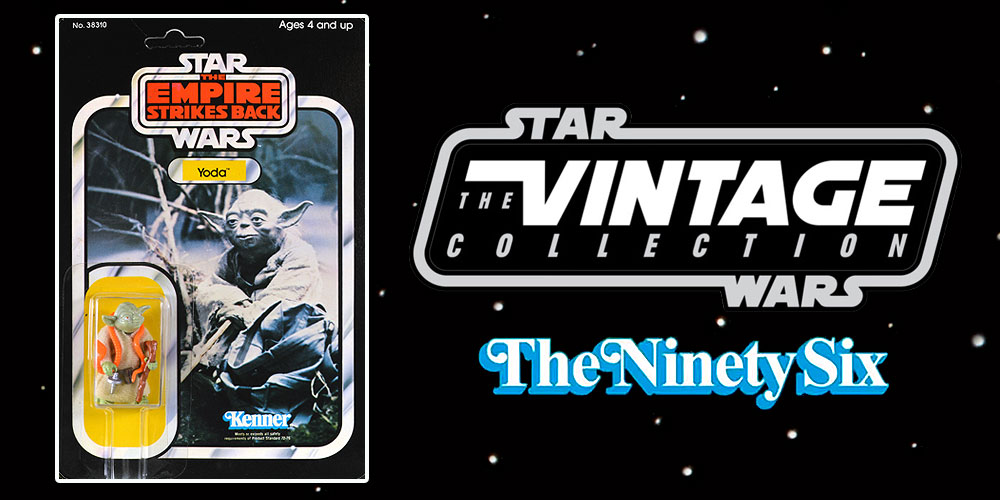 THE EMPIRE STRIKES BACK Yoda

Is there a definitive modern counterpart to 1980’s ESB Yoda?

2022’s THE VINTAGE COLLECTION Yoda (VC218) is generally regarded as the closest placeholder.

Yes. But it doesn’t meet the full definition of a definitive action figure for the collector-focused line.

Does THE VINTAGE COLLECTION release completely satisfy the modern counterpart to 1980’s THE EMPIRE STRIKES BACK Yoda figure?

After THE VINTAGE COLLECTION release, it’s doubtful if Hasbro will ever revisit this figure.

Yes. But collectors won’ be satisfied until Hasbro updates the elbows on THE VINTAGE COLLECTION version. It is a repaint of the figure from the CAVE OF EVIL (Luke Skywalker/Yoda/Darth Vader) Special Action Figure Set. Hasbro took 2011’s TVC Yoda (VC20) figure and added new parts to make it Original Trilogy-specific, but it’s not definitive, thanks to its swivel elbows

What does Hasbro have to do so we can check off “Yoda” from our Vintage Vs. Modern checklists?

The ultimate way Hasbro can resolve this issue for collectors is if they produce the Boss Fight Studios version of Yoda, which was supposed to be part of the basic figure line in 2014. Hasbro dumbed down the figure into a 5POA debacle and never made it right for collectors. If they don’t finally release that figure, they need to update the CAVE OF EVIL version to include ball-jointed elbows, but that’s unlikely now since they released the exact figure on a card now.

Previous Article: TVC And The Mandalorian Retro Collection Figures On Sale At GameStop.com