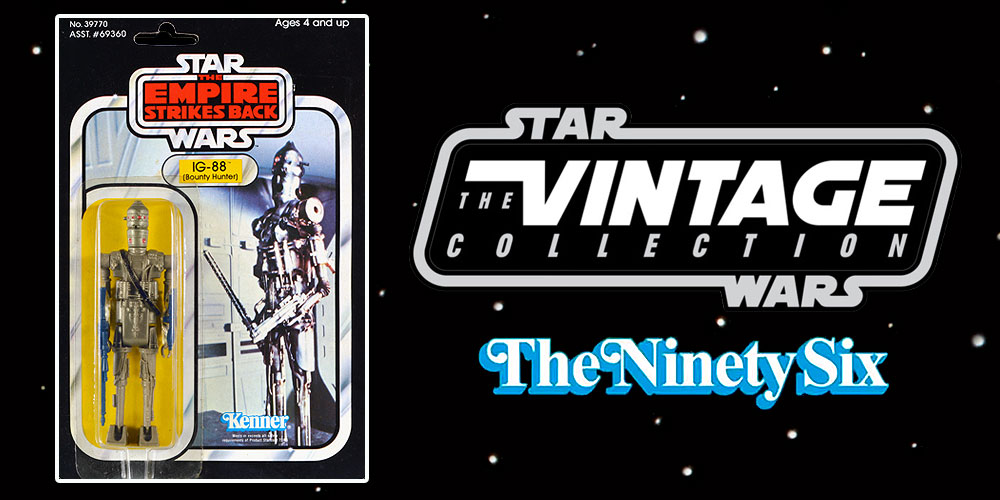 Is there a definitive modern counterpart to 1980’s ESB IG-88 (Bounty Hunter)?

Does THE VINTAGE COLLECTION release completely satisfy the modern counterpart to 1980’s THE EMPIRE STRIKES BACK IG-88 (Bounty Hunter) figure?

What does Hasbro have to do so we can check off “IG-88 (Bounty Hunter)” from our Vintage Vs. Modern checklists?

Hasbro needs to re-release the 2007 VTSC figure in THE VINTAGE COLLECTION packaging. If they want to update the paint operations, that’s fine, but it’s an excellent release as is.