Welcome to another entry in our The Vintage Collection: The Ninety Six column. Hasbro recently committed to collectors that they will be “focusing” on characters in The Vintage Collection that fall under “The Ninety Six” banner. If you’re new to this, it means that there needs a modern counterpart for every classic Kenner figure. Between 2020 and 2021, Hasbro’s made an admirable effort by focusing on these characters. But there is more work to be done, and we’ll figure out where we are step by step. Today we assess R5-D4. 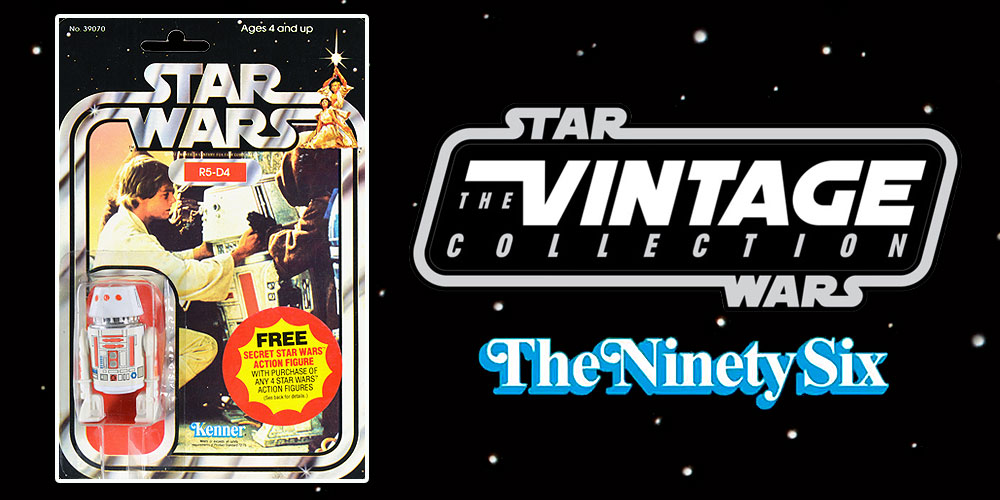 Is there a definitive modern counterpart to 1979’s SW R5-D4?

It’s debatable. THE VINTAGE COLLECTION R5-D4 (VC40) figure is missing the red details on the back panels. Hasbro has yet to produce an R5-D4 figure with this important detail. Should they ever decide to re-release the figure, they should ensure they add these missing paint operations.

There appears to be an even split among collectors on which R5-D4 mold they prefer. And we may never agree with each other.

What does Hasbro have to do so we can check off “R5-D4” from our Vintage Vs. Modern checklists?

We have a definitive modern counterpart already. But as previously mentioned, if they decide to re-release this figure in THE VINTAGE COLLECTION, they should spend some time ensuring that the paint operations are complete and screen-accurate.