Hasbro's I Am Your Father's Day: The Black Series Reveals

A ton of new and not so new Black Series figures were revealed in  Hasbro’s livestream today! And a Black Series HasLab was announced! Click through for all the details! 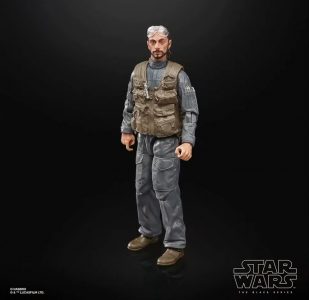 Completing the Rogue One team

First, there will be a second wave of Lucasfilm 50th anniversary archive releases!

Where appropriate all figures received a photoreal update, of course! 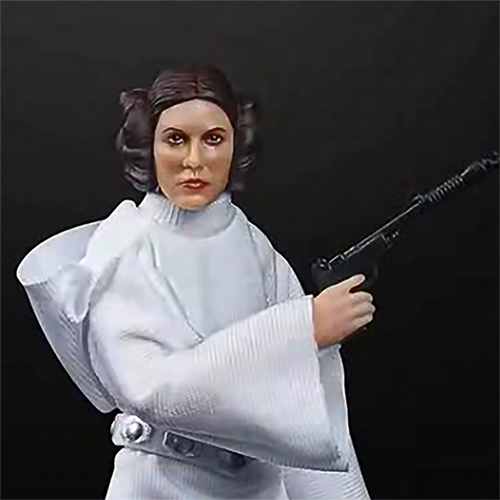 Something still doesn’t look 100% right, I would say, but it’s a huge improvement over the previous release! Maybe the amount of eyeliner is distracting? Leia was not a Goth, was she? What do you say?

Hasbro is also celebrating the 5th anniversary of Rogue One with three brand new figures and photoreal updates! 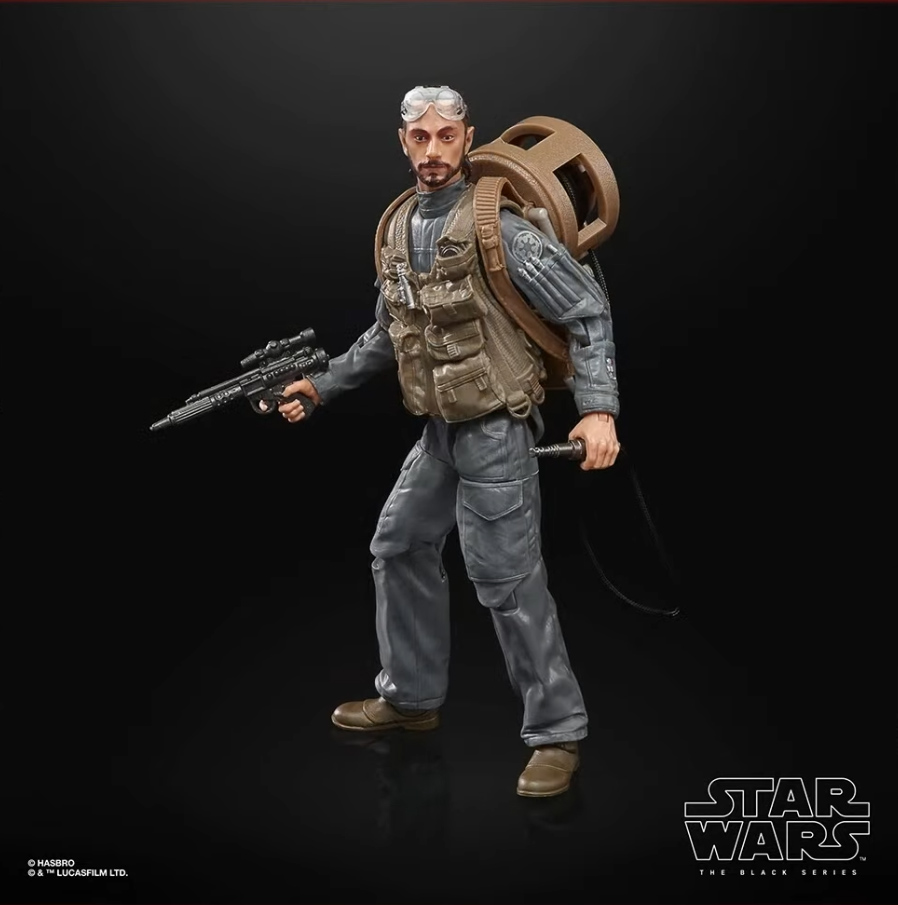 Bodhi comes with a wire (piece of string)  you can unspool, the backpack is removable! And only five years later we finally have the entire Rogue One team in The Black Series! Better late than never! 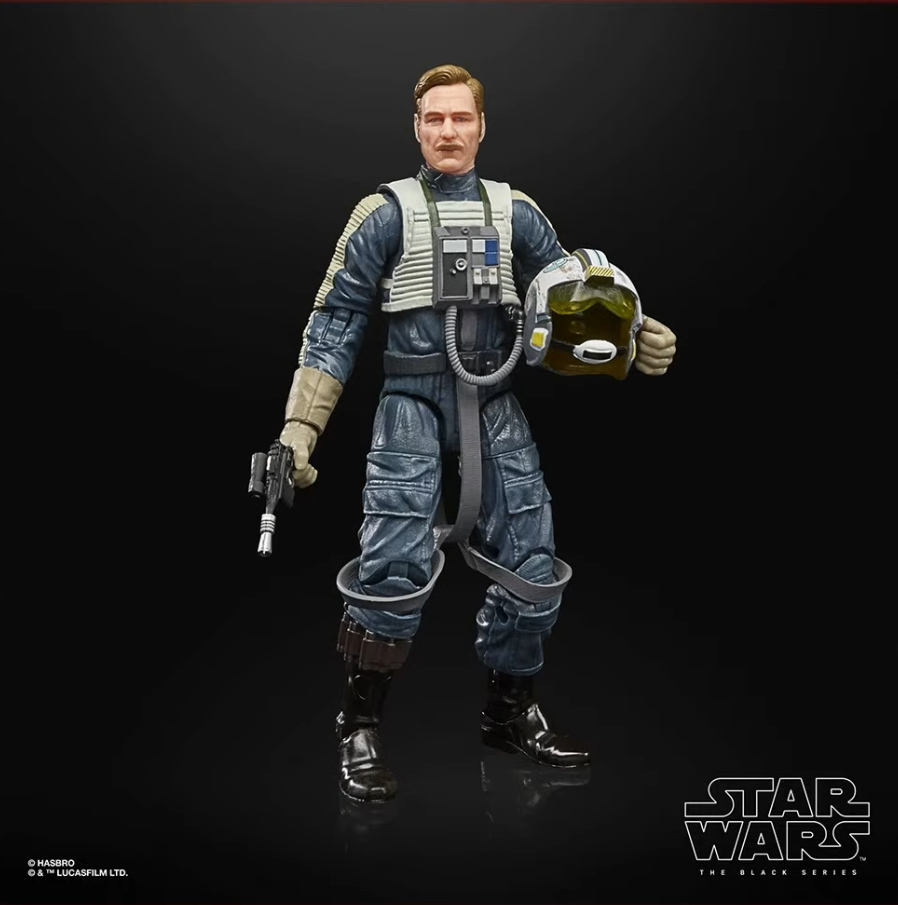 Merrick is a kitbash, he uses the arms of the Luke Snowspeeder figure and the X-Wing pilot body. The helmet is also from the Snowspeeder version of Luke. The headsculpt is all new of course! Merrick was announced for TVC before, now Black Series fans can add him to their collection as well! 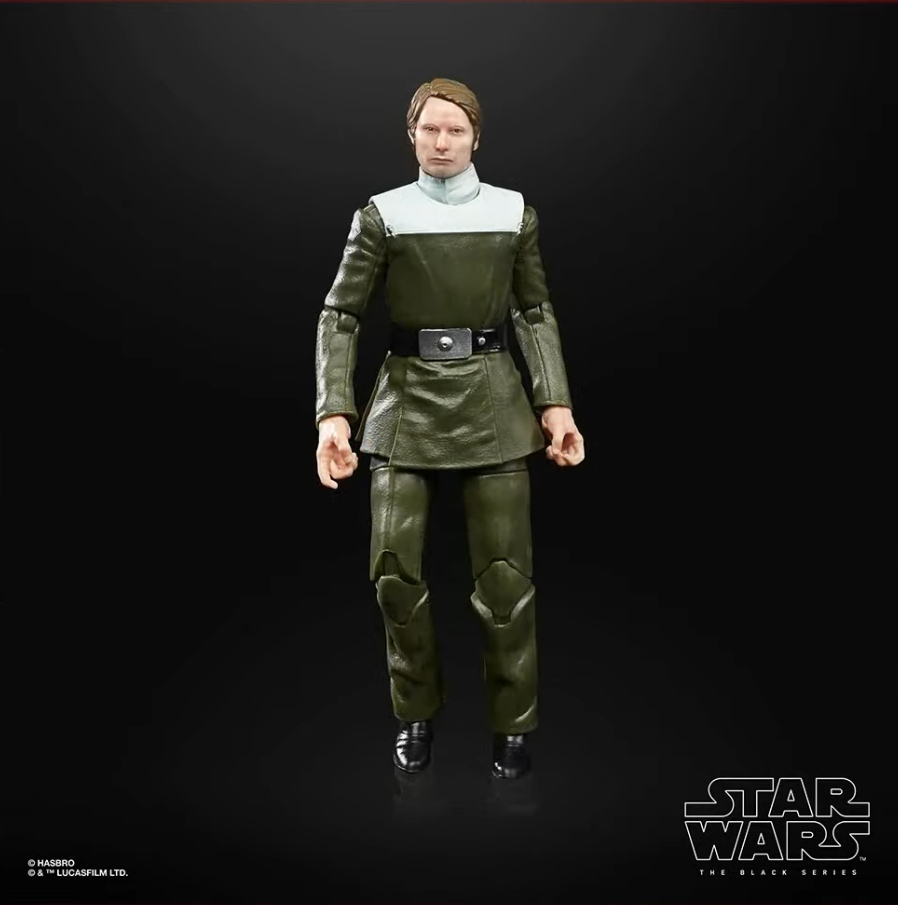 Galen Erso has a brand new torso, the rest is reuse. He comes with the Death Star plans. I am not really sure about that Mads Mikkelsen likeness though. I will need to see close ups of the face to make my mind up! 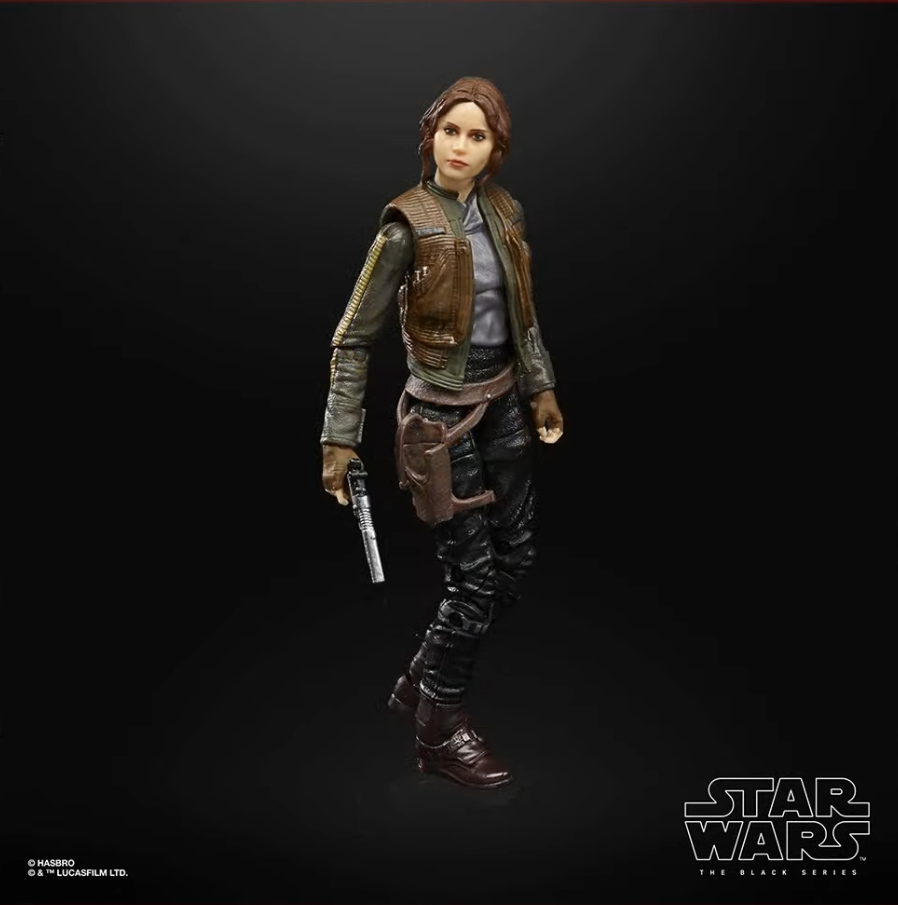 The pegwarmiest pegwarmer of all times is back, but this time Jyn actually looks like Felicity Jones. The sculpt seems to be the same, but photoreal makes all the difference here! Jyn will also come with her headscarf from the original release! Hopefully the updated figure will sell! 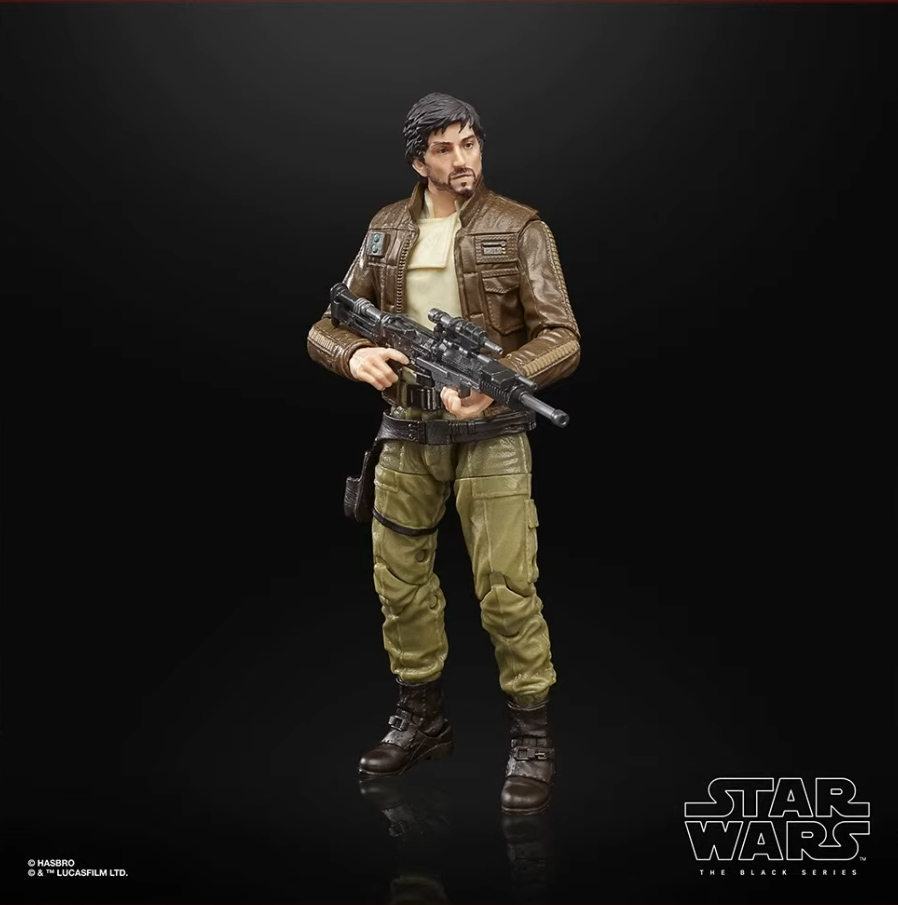 For the Cassian rerelease Hasbro wisely chose to repack the former Target exclusive figure which was only available in a 3-pack, since this is Cassian’s main outfit throughout the movie! Beards are always tricky to do, but Cassian looks a lot better than his pre-photoreal release! 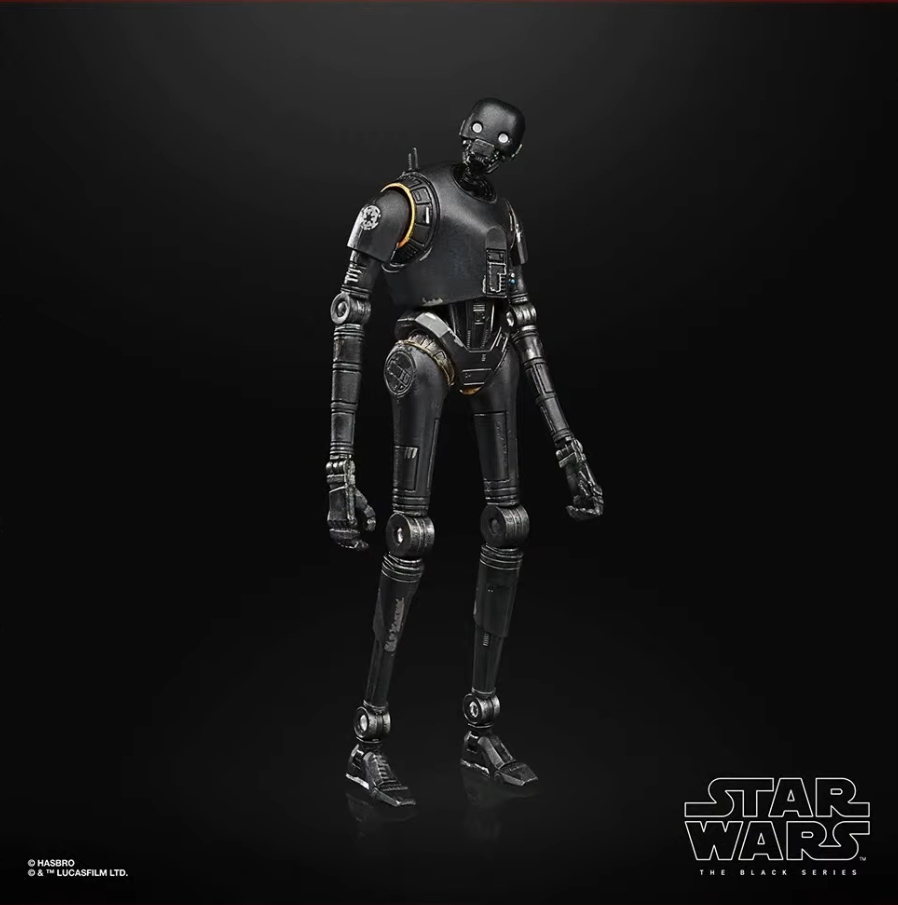 It’s the same K-2SO figure that can barely stand without losing balance. Hasbro updated the deco they say, K2 now has silver eyes, since his original release, so they say, had red eyes. In fact the red eyes were a running change and the first batch of figures DID have silver eyes. If you have one of the early K2 releases you will not need this figure! 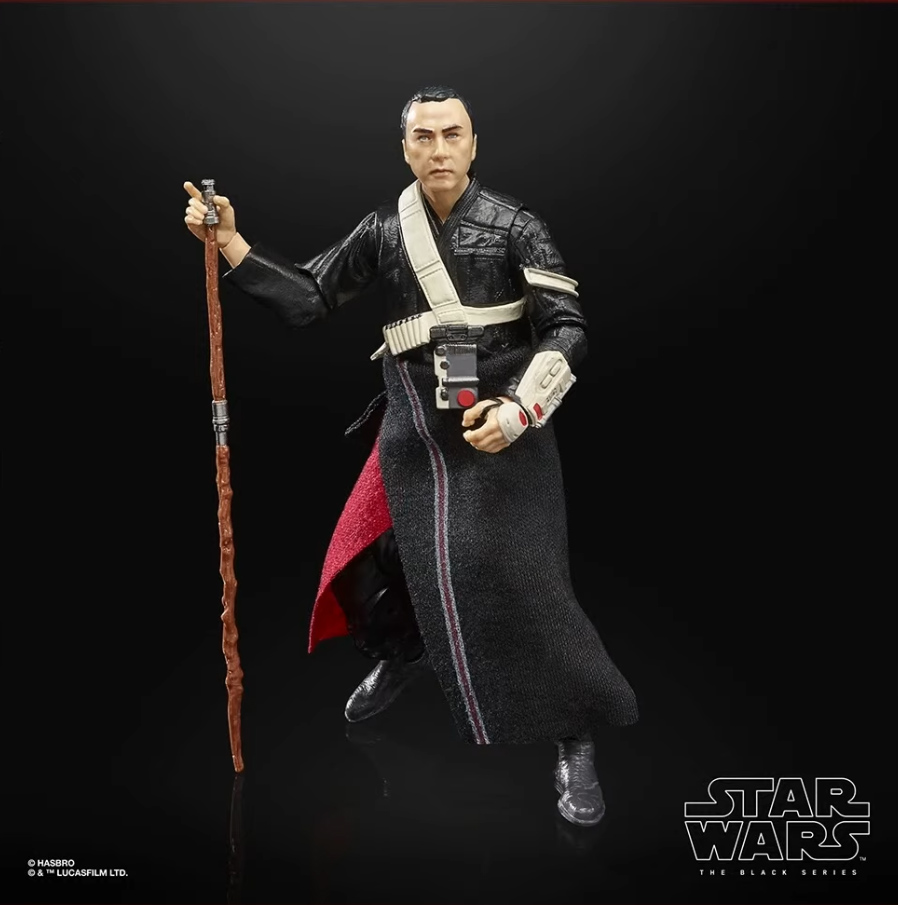 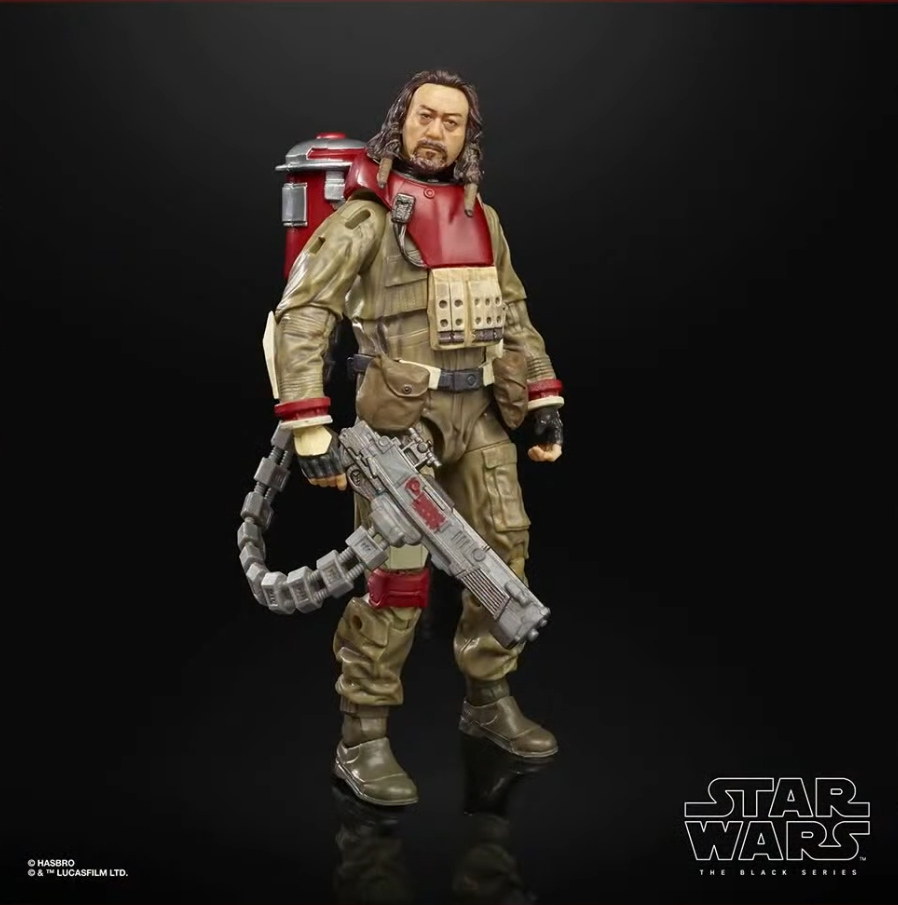 Hasbro is especially proud of the Baze Malbus sculpt, and yes, photoreal highlights the greatness of the sculpt here.

Merrick and Galen Erso will be Target exclusives in the US, a Toys R Us exclusive in Canada and in the UK they are fan channel exclusives, including Star Action Figures and Zavvi!

But that’s not all! There were also more pipeline reveals for figures that will be released late 2021 or probably even 2021! 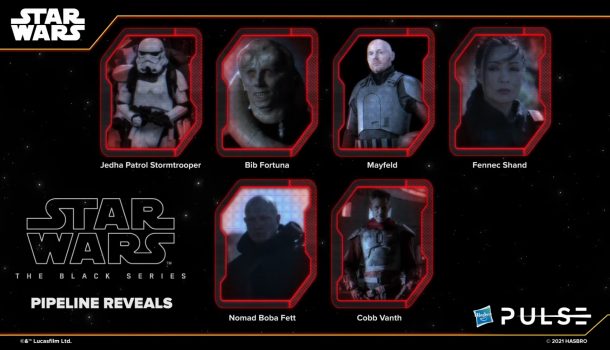 But a huge surprise is certainly the announcement of the Black Series HasLab! It will not be a vehicle! More details will follow in summer or fall, whenver the next HasLab launches!

All figures, other than the pipeline reveals of course, will be available for pre-order on June 10th, 1 pm ET!

So, what do you think of the Black Series reveals? While the line does get a ton of repacks/repaints the three brand new Rogue One figures are a welcome addition to the line. The pipeline reveals are also exciting!

But the biggest news is certainly the upcoming Black Series HasLab! What would you like to get? And since it’s not a vehicle the question is if it’ll be a creature. Maybe a Rancor?

Next Article: Hasbro's I Am Your Father's Day: The Vintage Collection Reveals