Welcome to another entry in our The Vintage Collection: The Ninety Six column. Hasbro recently committed to collectors that they will be “focusing” on characters in The Vintage Collection that fall under “The Ninety Six” banner. If you’re new to this, it means that there needs a modern counterpart for every classic Kenner figure. Between 2020 and 2021, Hasbro’s made an admirable effort by focusing on these characters. But there is more work to be done, and we’ll figure out where we are step by step. 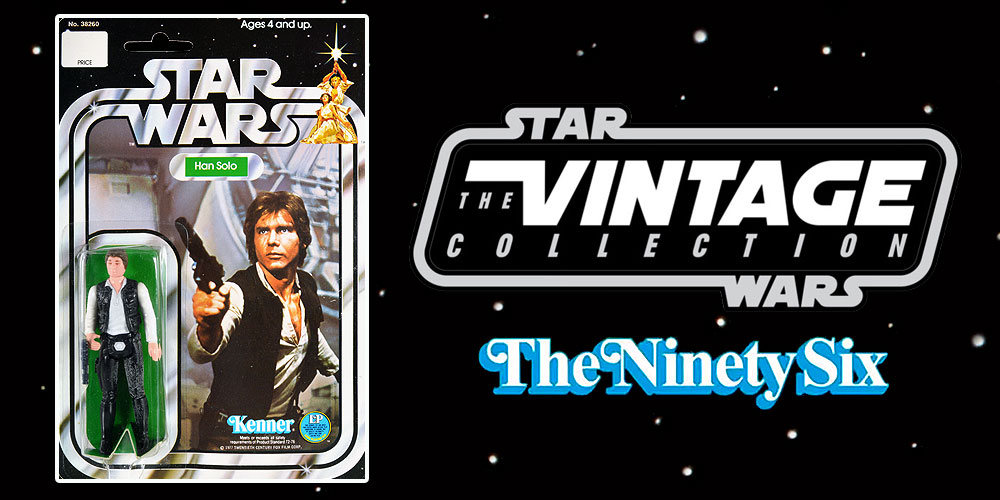 Is there a definitive modern counterpart to 1978’s SW Han Solo?

No. To date, a Han Solo figure that meets this definition is only part of THE “VINTAGE” ORIGINAL TRILOGY COLLECTION line, a precursor to THE VINTAGE COLLECTION. Hasbro released 2004’s VOTC Han Solo, and although the figure holds up well, even by today’s standards, an update is the best way to move forward here.

It seems as if no two collectors agree on this point. Many feel that the Han Solo (Yavin Ceremony) (VC42) is the best super-articulated Han Solo (Episode IV) figure for our collections. Others still prefer the 2004 VOTC Han Solo figure. However, it doesn’t appear that we need an all-new figure from the ground up.

What does Hasbro have to do so we can check off “Han Solo” from our Vintage Vs. Modern checklists?

There will be a difference of opinion here, but if they take an older sculpt of Han Solo and get it into THE VINTAGE COLLECTION, this will be easily completed.

Next Article: The Black Series Boba Fett Available At Walmart.com