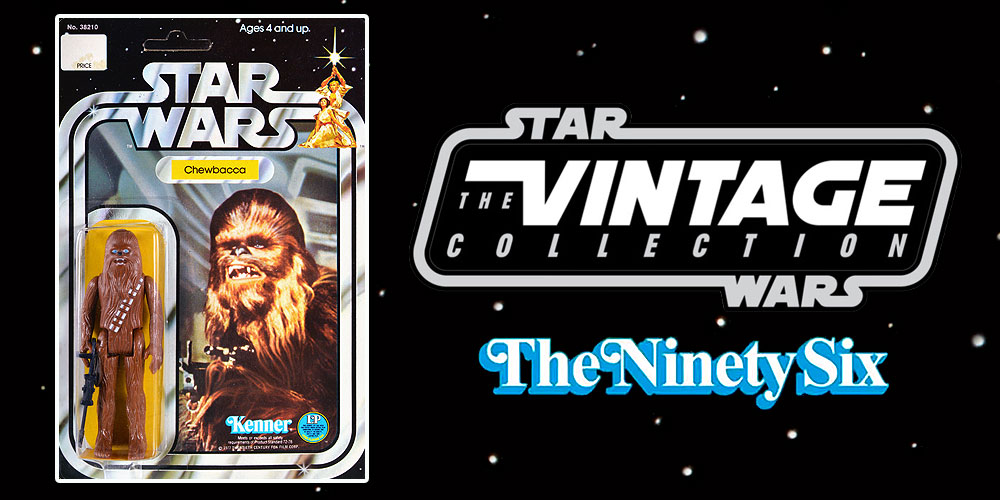 Is there a definitive modern counterpart to 1978’s SW Chewbacca figure?

Yes. Hasbro made Chewbacca official in THE VINTAGE COLLECTION with 2019’s TVC Chewbacca (VC141) figure. Both the card art and the figure meet the conditions of what a modern counterpart is. However, both are imperfect and leave a lot to be desired.

By definition, yes, but by execution, both sadly fail. Hasbro has lazily used the 2004 VOTC Chewbacca sculpt ad nauseum to the point that it seems no longer works for a definitive interpretation of Chewbacca. It was excellent for the first decade and a half, but we need an updated Chewbacca figure with ball-jointed hips at this point. The current tooling is tired, and it’s time for an update. Also, the paint operations are dreadful on this figure (from head to toe). Hasbro should be ashamed of the final result. The card art also has issues. The nameplate is completely wrong in shape and in font style. What was Hasbro’s art department thinking?

A simple retool of the lower body would help this figure out tremendously, but perhaps a “from the ground up” version might be a better option at this point.

What does Hasbro have to do so we can check off “Chewbacca” from our Vintage Vs. Modern checklists?

There is a variety of ways of looking at this. Some may find this release acceptable for the checklist. Others find it disturbing and unacceptable. And then it’s likely that most collectors are content with this release as is. It’s unlikely Hasbro will ever revisit this figure, unless they do a multipack set in the future, so we may be stuck with this version.